The Apple Watch has been a smartphone companion since it first launched. But the next version of watchOS changes that.

For the first time, Apple says its smartwatch will support standalone apps that run only on the Apple Watch itself — no iPhone companion app required.

Developers can also use new APIs including a streaming API to bring new types of apps to Apple Watch, which means that you’ll be able to do things like listen to music, podcasts, or live sports or news programming using just your watch when you leave your phone at home.

And while you can still use an iPhone to find and install Apple Watch apps, you don’t need a phone anymore — because starting with watchOS 6, the Apple Watch is getting its own on-device App Store. 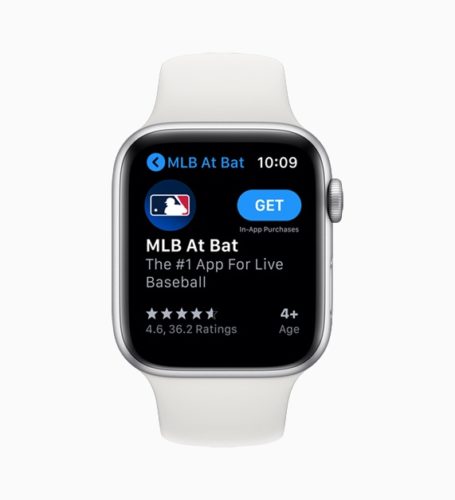 Other new watchOS features include updated fitness tools such as activity trends, a bunch of new watch faces from Apple, and a few new apps including Voice Memos, Audiobooks, and a calculator app with an integrated tip calculator, among other things (that bit got a big cheer from the crowd at Apple’s WWDC keynote… even if it’s not exactly a new feature for gadget you wear on your wrist).