Apple’s first smartwatches will begin shipping in a few months. The company first unveiled the Apple Watch in September, promising they’d be available in early 2015 for $349 and up. 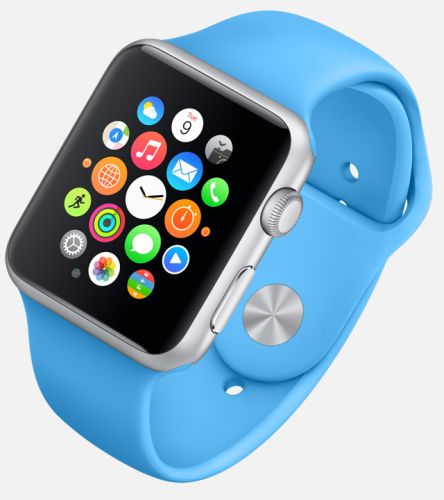 Here are a few other interesting news from the report and conference call:

It’s not surprising that the company sold a lot of iPhones. After years of selling models with 3.5 inch or 4 inch displays while competitors offered smartphones with much larger displays Apple finally introduced the iPhone 6 and iPhone 6 Plus with 4.7 inch and 5.5 inch screens, respectively. Apparently there was pent-up demand for larger iPhones.

What’ll be interesting to see is whether the company can repeat the trick next holiday season.

The Apple Watch might help. It’s a new category of product for Apple. While Samsung, Motorola, LG, Asus, and many other companies have been offering smartwatches for a while, Apple’s approach stands out.

The company’s watch will include the usual features such as support for viewing notifications from your phone, fitness tracking, and remote controlling music playback on your phone or tablet. But you can also use the Apple Watch to control video playback on your Apple TV, use it as a remote viewfinder for your iPhone camera, and use it instead of a credit card at retail locations that support Apple Pay.

Apple will offer models with 1.5 inch and 1.65 inch displays and it will be available in a range of materials including aluminum, stainless steel, and 18K gold. You’ll probably have to pay a lot more than the starting price of $349 for that last model.

11 replies on “Apple Watch is coming in April”