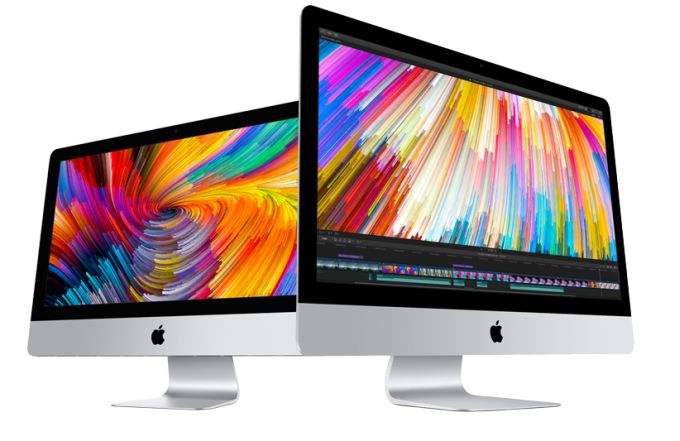 The new models continue to come in 21.5 inch and 27 inch varieties, but the smaller model now supports up to 32GB of RAM and Intel Iris Plus 640 graphics for entry-level models or AMD Radeon Pro 555 or Pro 560 graphics on higher-end configurations.

Apple’s new 27 inch iMac supports up to 64GB of RAM, comes with up to 2TB of solid state storage and a Fusion Drive that’s 50 percent faster than other SSDs (according to Apple), and each version supports 10-bit HEVC/H.265 video decoding.

The new models also have displays that are 43 percent brighter than their predecessors, and which support 1-bit dithering and a billion colors.

Among other things, the new iMacs support Apple’s new Metal 2 graphics technology with support for external graphics, Steam VR, and the Unity and Unreal engines.

There’s also a new iMac Pro that offers up to an 18-core Intel Xeon processor, and Apple’s MacBook laptop lineup is also getting a spec bump.