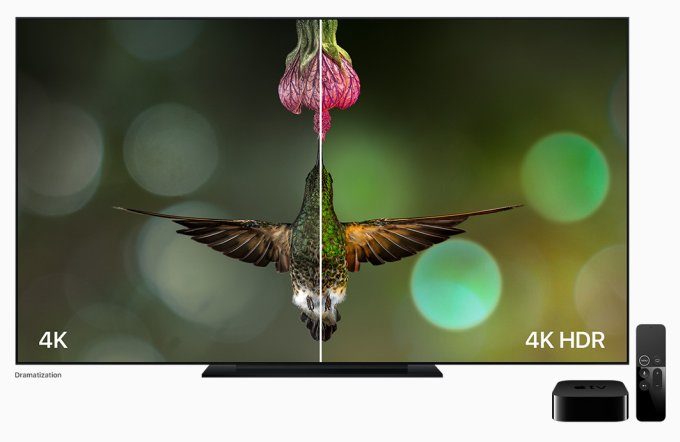 Apple will be selling 4K HDR movies through iTunes, for the same price as HD content. And the company says anything you’ve already purchased in HD will be automatically upgraded to 4K for free.

Update: It turns out the upgrade comes with strings: you’ll be able to stream 4K videos, but Apple won’t let you download ultra HD content. You can still download 1080p versions of your videos though.

In addition to 4K content from iTunes, you’ll be able to stream Netflix and Amazon content in 4K HDR (eventually… neither will be available at launch).

The new TV box features n Apple A10X Fusion processor that the company says offers twice the performance of a previous-gen Apple TV, and up to 4 times the graphics performance. It’s the same chip used in an iPad Pro.

The Apple TV 4K goes up for pre-order September 15th for $179 and up, and ships on September 15th. That makes it only $30 more than the existing Apple TV, which will continue to be available for $149 for folks that don’t need 4K capability.

Considering the extra $30 gets you 2X the CPU performance and 4X the graphics power though, it seems like it might be worth opting for the new model if you plan to use the new model for gaming, even if you don’t have a 4K TV.