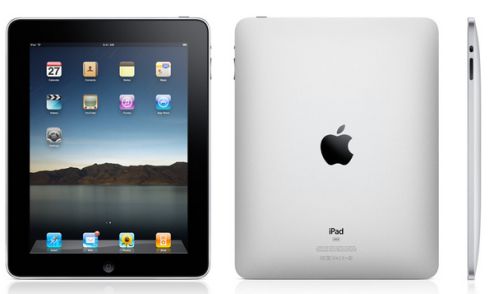 Apple says it sold more than 300,000 iPads on day one. Of course, that includes pre-orders that were placed over the last month and delivered on Saturday. But that’s still not bad for a product that very few people had an opportunity to check out in person before plunking down $499 or more to purchase. And bear in mind, the 3G enabled version of the iPad won’t even hit the streets for another week, so even if nobody spends any money on iPads this week, the sales figures could jump when the new version is launched.

What’s more, Apple says iPad users downloaded over a million apps from the iTunes app store and 250,000 books from the new iBooks store. There’s no breakdown of how many of those books were titles that you have to pay for, so it might be a little early to declare that the publishing industry has been saved. My guess is that there are a lot of people checking out iBooks by downloading Alice in Wonderland and other public domain works. But that’s still pretty impressive.

Of course, Apple products are a bit like blockbuster movies. They tend to do very well on the opening weekend before settling down to more reasonable numbers. But if you were expecting the iPad to be about as successful as the JooJoo tablet, it looks Apple and the company’s many fans have shown a bit more enthusiasm. With thousands of new iPad-specific apps also showing up in the iTunes store, it looks like the iPad software ecosystem around the tablet is growing at a pretty impressive pace as well.