Apple has released the latest beta of iOS 6.0 to developers, and while it features a handful of new features and bug fixes, it’s also missing something: A YouTube app.

There’s been a YouTube app baked into iOS since the iPhone was first released. Of course, at the time, that app was the only way to stream videos from YouTube on an iPhone, since Apple’s smartphone didn’t support Adobe Flash.

But a lot’s changed in the last few years. 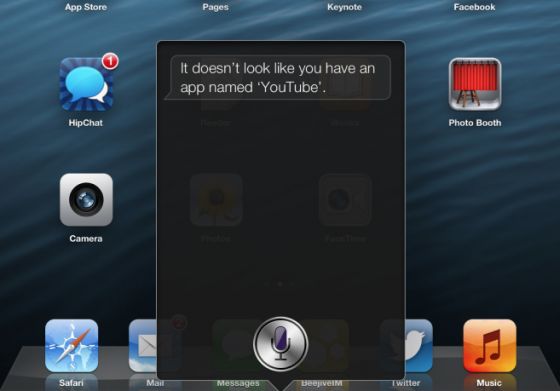 Google has added support for HTML5 to YouTube, allowing you to stream videos using the Safari web browser or any other number of web browsers, no Flash needed.

According to a statement Apple sent to The Verge, the company’s licensing agreement to include YouTube on IOS has ended.

Apple says customers can continue to use the YouTube web app in the Safari web browser — and Google is apparently working on a standalone app which will be available from the App Store.

This isn’t the first Google app to be pulled from iOS 6 though. Apple and Google compete much more directly today than they did when the iPhone first launched 5 years ago.

Apple is already developing its own mapping service for iOS 6. Up until recently the company relied on Google Maps to power the Maps app.

I doubt Apple plans to launch its own YouTube competitor anytime soon — but since you don’t really need the app to watch online videos anymore, I’m not surprised to see it go. It was kind of like a big shiny ad for Google hanging out on an Apple product.

Other changes in iOS 6 beta 4 include:

The over-the-air update is rolling out now to iOS developers that have paid $99 for a developer account.