Apple is launching its subscription-based music streaming service. It comes at a time when there’s already plenty of competition from Spotify, Rdio, Spotify, Google Play, Tidal, and many others.

But Apple figures it’s got a few things going for it that will help set it apart. 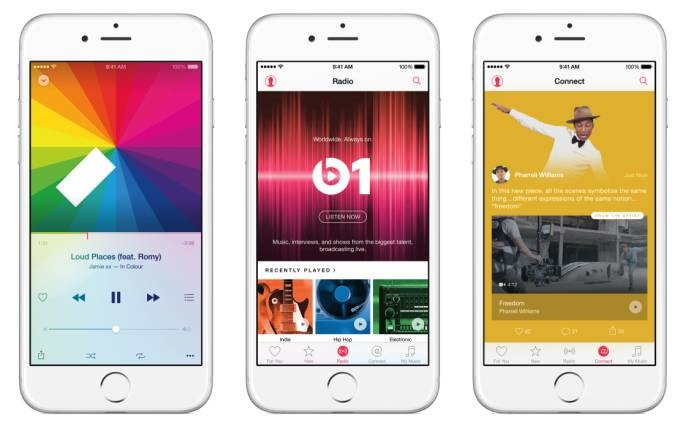 First, Apple Music is service that offers on-demand streaming of millions of songs from iTunes to subscribers at any time. Users also get access to tens of thousands of music videos.

Second, there’s also an internet radio service which lets you listen to a live stream of curated tracks at any time. Apple is calling this Beats 1, and it offers tracks selected professional DJs rather than the list of songs generated by a computer algorithm. (This is something that music industry types think is important, but I’ll be curious to see if users actually notice a difference).

Finally, there are features designed to give fans access to new music and other content shared by artists before it’s available elsewhere.

You can still use Apple Music to find the music you’ve purchased and the playlists you’ve created. But the app also now has a For You section with recommended music based on your preferences.

Apple Music will be available for Mac, iOS, and Windows starting June 30th for $9.99 per month. Users can try the service for free for the first 3 months.

Apple Music is also coming to Android this fall, making this one of the first major Apple apps and services to be available for Google’s mobile operating system.

Of course, iOS users will get some features that aren’t available on Android including integration with Siri. During a demo at WWDC, Apple showed Siri and Apple Music working together to let you ask things like “play the number one song from 1982” to find and play the track.