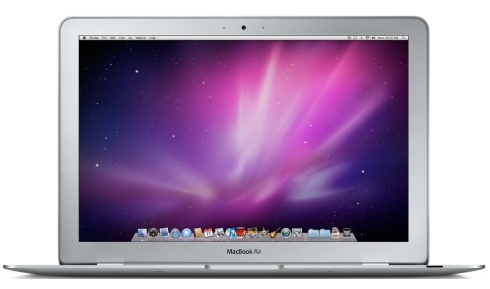 Apple has spent much of the last two years explaining that the company has no interest in launching a netbook. Instead, Apple launched the iPad this summer. Sure, it costs more than most netbooks, and lacks a hardware keyboard. But like a netbook, the iPad is a light weight, portable device with good battery life, a web browser, and the ability to run thousands of applications.

But the iPad isn’t a netbook. It’s harder to type on and doesn’t run full blown desktop apps. The closest thing Apple has that runs a full version of OS X, is the Macbook Air, a thing, light weight and super-expensive Macbook that was launched a few years ago. But even though the MacBook Air weighs just 3 pounds, it has a 13.3 inch display, which makes it a bit bulkier and harder to carry around than a netbook or an iPad.

Now DigiTimes reports that Apple is preparing to launch an updated version of the MacBook Air. Rumor has it that the new model will have a smaller 11.6 inch display. While that would still make the laptop a bit bigger than most netbooks, it would leave room for a full sized keyboard while leaving enough room inside the computer for a speedier (and more energy-hungry) processor than that found in a netbook or iPad.

According to DigiTimes, the new version of the MacBook Air will use an Intel core i-series processor and should be available in the second half of 2010 — which would be any day now. Maybe Apple has no plans to talk about iPhone 4 reception issues at tomorrow’s press conference after all. Maybe Steve Jobs is just going to introduce a new toy to take people’s mind off of their dropped calls… nah, probably not.

Rumor has it that the new MacBook Air will be even thinner and lighter than the original — although I suspect that could mean it will carry an even higher price tag than the current model, which sells for $1499 and up.

3 replies on “Apple may be developing smaller MacBook Air”