At the same time, the company is dropping the price. You can now pick up a 13 inch MacBook Pro with a Retina display for $1299 and up — which is about $200 less than last year’s model. 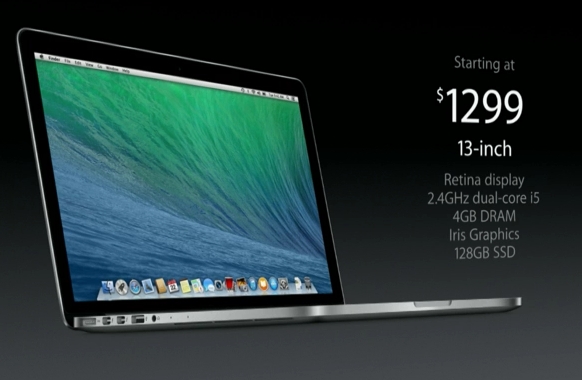 The new 13 inch model measures 0.71 inches thick and weighs 3.5 pounds. While that’s not quite as portable as the MacBook Air, the laptop compares pretty favorably with most Windows ultrabooks.

The notebook features PCIe-based flash storage which Apple says is up to 60 percent faster than the storage in previous MacBook Pro laptops. It has Thunderbolt 2 and 802.11ac WiFi and should get up to 9 hours of battery life. 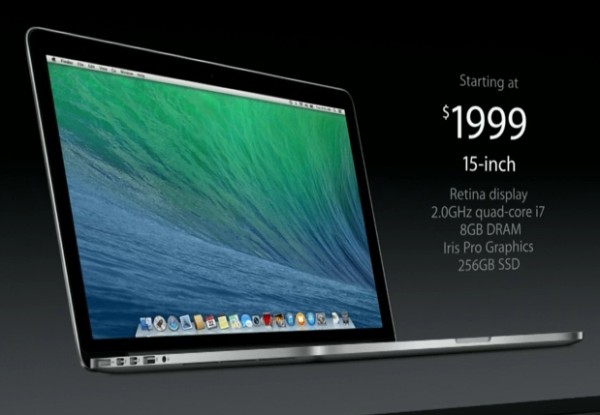 That price gets you a model with a 2 GHz Intel Core i7 processor, Iris Pro graphics, 8GB of RAM, and 256GB of storage. The 15 inch model will also be available with optional NVIDA graphics.