Apple is updating its iPhone lineup with a new set of models featuring bigger screens, more powerful hardware, and… notches.

The iPhone Xs comes in two sizes: 5.8 inches or 6.5 inches. The larger model is called the iPhone Xs Max, and thanks to slim screen bezels, it’s about the same size as a 5.5 inch iPhone 8 Plus.

Prices start at $999 and the iPhone Xs goes up for order on September 14th and begins shipping September 21st. 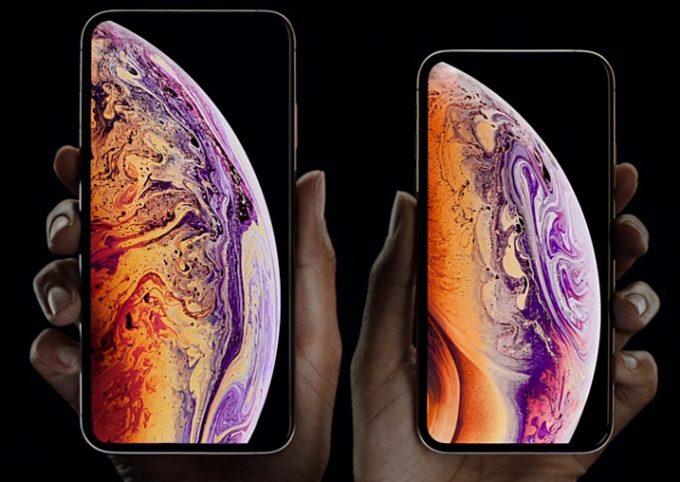 The phones feature surgical stainless steel bodies, durable glass on the front and back, and the iPhone Xs and iPhone Xs Max both feature IP68 water and dust resistance: Apple says the phone should survive a drop into up to 2 meters of water for up to 30 minutes.

The phones will be available with in grey, gold, and silver finishes.

Apple is powering the phone with a new Apple A12 Bionic processor, which is a 7nm hexa-core processor with quad-core graphics and an updated octa-core Neural Engine.

Apple has also updated the audio with support for wider stereo sound, and improved the Face ID security system with support for faster logins, thanks to improved algorithms and an update to the secure enclave.

The iPhone Xs includes an updated dual camera system on the back with 12MP + 12MP wide-angle and telephoto lenses and an improved True Tone flash.

Apple has also updated the front camera system with a new 7MP image sensor that the company says is twice as fast.

You can also adjust the background focus/depth of field of bokeh/portrait-style photos after you’ve already saved a shot. That doesn’t just mean you can blur or unblur the background — you can use a slider to adjust the level of background blur, while keeping the foreground in focus. That’s not exactly an Apple-exclusive feature though: Samsung phones have had a similar capability since last year.

Apple says the iPhone Xs can perform a trillion operations for every photo. Many of the same features apply to video: 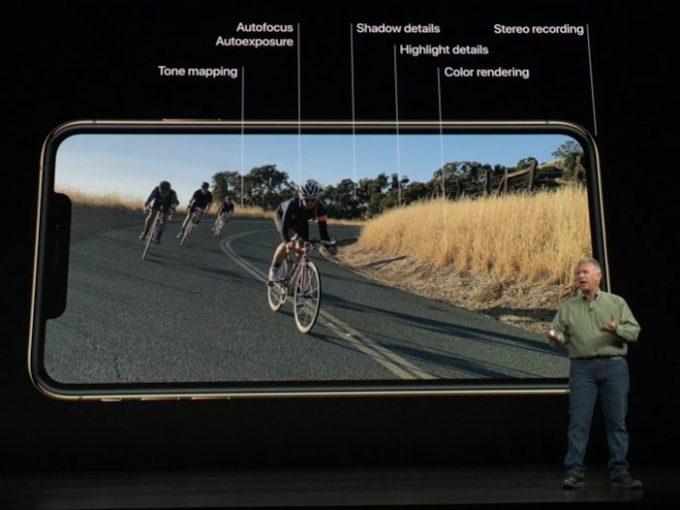 The iPhone Xs and Xs Max are also the first Apple smartphones to support dual SIM functionality (thanks to an eSIM + a physical SIM)… for the global model. Since eSIM isn’t available yet in China, Apple is also making China-only models that feature support for two physical SIM cards. 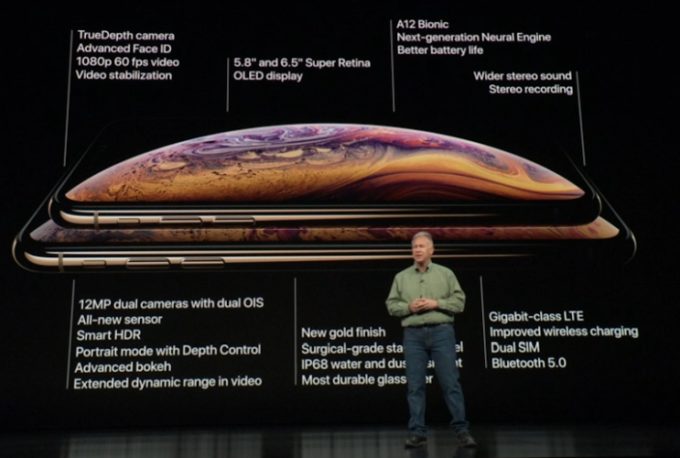 In a lot of ways, the new phones seem like a pretty strong upgrade over the original iPhone X. You get a more powerful processor, better cameras, and improved displays, not to mention an option for a larger screen.

But some of the updates will probably seem like old hat to Android users: the move to IP68 waterproofing, for example… not to mention software-based bokeh effects borrowed from the Google Pixel 2.

That said, if you needed any proof that Apple has an outsized influence on the smartphone space, all you need to do is look at some of the trends that have taken hold since the introduction of the iPhone X last year. Notches are everywhere. Wireless charging has become common. Headphone jacks… have not. And we’ve even seen companies launch their own versions of Apple’s Face ID and Animoji features.

With the iPhone Xs building on last year’s designs, it looks like some of those trends are likely here to stay.

Apple also spent some talking about the efforts it’s making to use more recycled materials in its smartphones and to hopefully one day produce phones that don’t use any newly mined materials at all. I hope that’s a trend that others decide to copy as well. 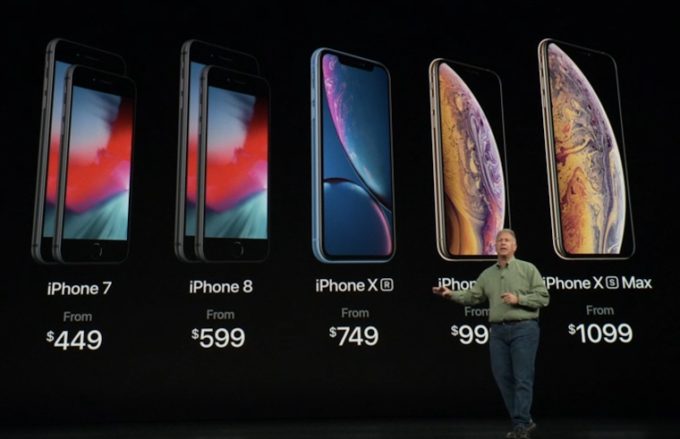 Or if you’re looking for something a bit more affordable, there’s the new iPhone Xr. It’ll be available in October for $749 and up. Like the Xs series smartphones, it has an edge-to-edge display with a notch (and Face ID support). But the 6.1 inch smartphone has a lower-resolution LCD display, a single rear camera, and a few other cut corners.