Another year, another Apple smartphone… or two. This year the company is updating the its flagship smartphones with new processors, more RAM, and support for pressure-sensitive touchscreen input, also known as “Force Touch,” although Apple is now calling the feature “3D Touch Display.”

But there’s one thing Apple isn’t really updating: the design. The new phones look just like last year’s models. They also keep last year’s prices: the iPhone 6S will be available September 25th for $199 and up (on-contract), while the iPhone 6S Plus will start at $299. 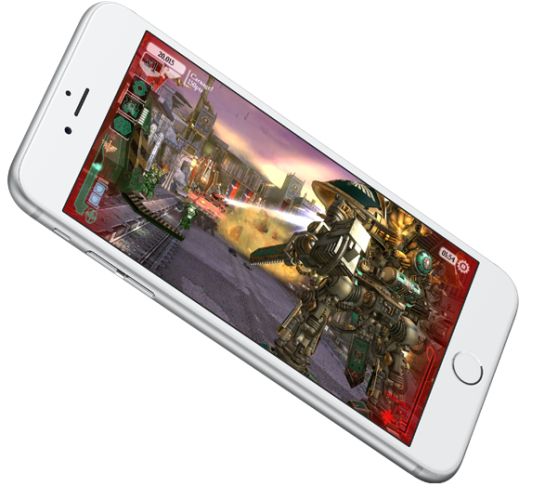 That means the new iPhones come in two sizes: the iPhone 6s has a 4.7 inch display, while the 6s Plus has a 5.5 inch screen. There are a few subtle design differences: in addition to silver, grey, and gold, you can now get an iPhone that comes in “rose gold.” More importantly, the body of the phones is made from 7000 series aluminum, which is the same bump and scratch-resistant material used for the Apple Watch Sport.

Both new models support Apple A9 processors, new 12 megapixel rear camera with support for 4K video recording and 5MP front-facing cameras with support for a new “Retina Flash” feature: the front screen can get 3 times brighter than usual to act as a flash for your selfies.

Apple says the new A9 chip offers a 70 percent CPU performance increase and 90 percent faster graphics than the chip used in the original iPhone 6 and 6 Plus… so the new phones should be fast.

But it’s the 3D Touch screen that will do the most to change the way people use their iPhones. In addition to tapping, swiping, or tapping-and-holding the screen, you can now tap, press, or make a deep press, and the phone will react differently depending on how hard you press.

Apple has also retooled iOS to include new 3D Touch gesture support. For example, you can press on the home screen to display a “pop” menu with shortcuts to features associated with the app icon. Or you can get a preview of content such as email messages with a press to initiate a “peek” action, or press the camera icon to snap a selfie with the front-facing camera.

Support for Force Touch will be built into the operating system, letting you do things like tap a link in the Safari web browsers to open a new web page, or press that link to view a preview without leaving the current page. It could also open the door to new types of third-party apps which react to different levels of touch pressure.