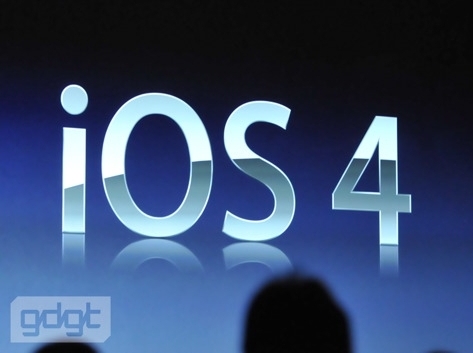 Apple quietly made an announcement today. And by quietly, I mean pretty much every tech news site on the planet dedicated about 2 hours to Apple only coverage this afternoon. Steve Jobs didn’t pull a netbook or an updated tablet out of his magical bag of tricks, but he did make a few interesting announcements. Here are some of the highlights:

There weren’t a ton of surprises in today’s announcement, but I have to say as someone who purchased one of the most advanced phones on the planet just a few months ago, I’m a bit jealous of the new camera and 960 x 640 pixel display on the iPhone 4. Technology moves fast.

On the bright side, it looks like I’ll be able to upgrade my iPod touch to iOS 4 for free on June 21st. That’s the day Apple will start offering free software upgrades for iPhone 3G, 3GS, and second and third generation iPod touch models.

If you want more specs on the iPhone 4G, here’s the short version: It’s the thinnest iPhone to date; it uses the same A4 processor as the iPad; the aluminum band around the edges is part of the antenna; the camera supports 720p HD video recording, the phone will support 802.11n WiFi, there’s a new gyroscope in addition to the compass and accelerometer; and Apple is promising 40% better battery life.

The display is also supposed to be so sharp that you’ll have a hard time even spotting the pixels. With a front-facing camera and a primary camera, you’ll be able to make video calls — but only over WiFi at launch.