The iPad Pro may be the big news (literally) from Apple today, but the company is also giving its smaller iPad mini line an update.

Apple’s iPad mini 4 has a slightly thinner and lighter design than the iPad mini 3, and it has almost the same specs as the iPad Air 2… in a smaller body. 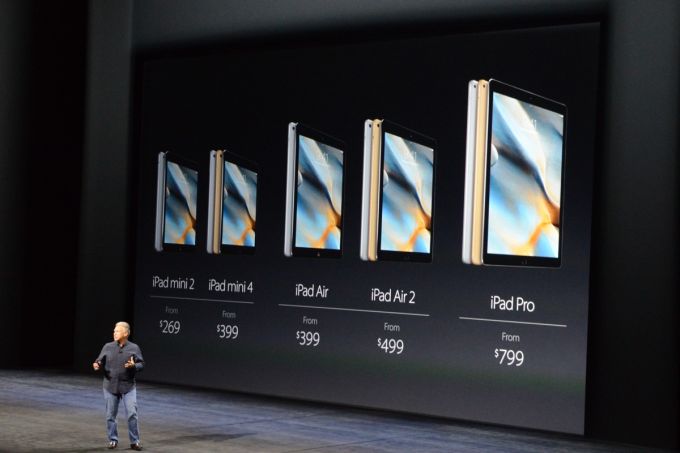 The new tablet features an Apple A8 processor (which is faster than the A7 chip in the iPad mini 3, but not as powerful as the A8x chip used in the iPad Air 2), a 7.9 inch Retina display and support for 16GB to 128GB of storage. It also features a Touch ID fingerprint sensor.

Don’t need the fancy new(ish) processors? The older iPad mini 2 is still a pretty nice device, especially at the new price. This late 2013-era tablet features a 7.9 inch, 2048 x 1536 pixel display and an Apple A7 processor. It lacks a fingerprint sensor, but otherwise it’s a lot like the iPad mini 3 which is being phased out.