Apple’s newest entry-level iPad is a 10.2 inch tablet powered by an Apple A12 processor, which the company says makes the 8th-gen iPad 40-percent faster than the previous-gen model, while offering up to twice the graphics performance.

The new model also supports optional accessories including the Apple Pencil and Apple Smart Keyboard, as well as third-party versions from companies like Logitech.

The iPad 8th-gen tablet goes up for pre-order today for $329 and it will be available starting Friday. 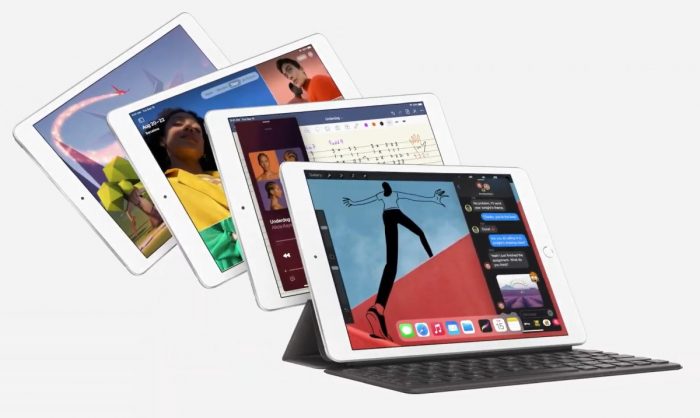 Other features Apple’s new 10.2 inch tablet a USB-C power adapter (even though the tablet itself has a Lightning port), an 8MP rear camera and HD front camera, and a body made from 100-percent recycled aluminum and optional support for Gigabit LTE.

The tablet will ship with iPadOS 14.

Apple is also introducing a new 4th-gen iPad Air with an Apple A14 Bionic processor, a larger, higher-resolution display, slimmer bezels, and a new Touch ID sensor built into the power button.