Apple is reshuffling its portable media player lineup… by dropping the iPod shuffle and iPad nano.

This morning MacRumors noticed that Apple had removed those two devices from its website and store, and Apple released a statement to The Verge confirming that the company is “simplifying” its iPod family.

Basically the last iPod standing is the iPod Touch… but the company is making some changes (for the better) to its iPhone-without-a-phone.

The iPod touch is now available in two versions:

While the iPod touch family is getting storage and price updates, the rest of the hardware remains unchanged, which means you still get a 4 inch, 1136 x 640 pixel display, an Apple A8 processor, an 8MP rear camera and a 1.2MP front-facing camera.

You also get iOS 10 and support for the upcoming iOS 11. In other words, what Apple is killing off today is every iPod that doesn’t run iOS. 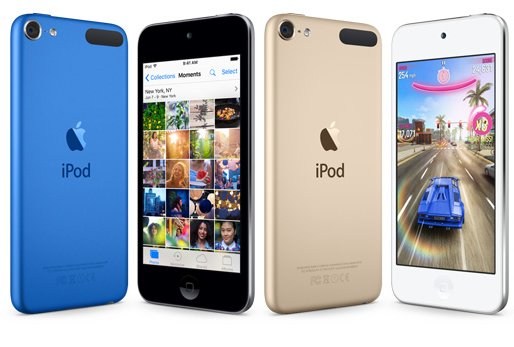 On the one hand, the move makes plenty of sense for a company that’s putting most of its eggs into its iOS and macOS baskets. On the other hand, there are situations where a small, screenless device like the iPod shuffle is simply easier to use than a touchscreen gadget like an iPod touch: running comes to mind.

Of course, while you can still pick up an iPod shuffle from third-party stores for around $50, there are cheaper options if you don’t need an Apple-branded product.