There have been rumors floating around for ages that Apple is getting ready to release an iPad with a smaller display. That may or may not be true, but Apple blogger John Gruber says he’s heard from multiple sources that Apple is testing a prototype with a 7.85 inch display. 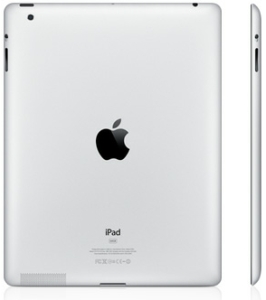 Gruber typically has pretty good sources, and doesn’t often comment on rumors other than to debunk them. So there’s reason to think he at least believes the prototype exists.

You can hear his comments at the 1 hour, 19 minute mark of a recent The Talk Show podcast.

But here’s the thing — a prototype isn’t a finished product. It’s possible that the 7.85 inch iPad could never actually see the light of day. Apple may be testing the form factor in order to decide whether or not to release it.

The prototype allegedly has the same 1024 x 768 pixel resolution found on the original 9.7 inch iPad and iPad 2 models. That makes sense, because it means that every app written for the larger iPads would work on the smaller device. The text and graphics would just look a little sharper.

Apple still sells more tablets than any of its competitors, but the second-place tablet maker is Amazon, who sells the 7 inch Kindle Fire for $199. It’s possible that Apple is exploring the possibility of selling smaller, cheaper iPads to swat off the Amazon fly.

On the other hand, I’m a bit perplexed about the assumption that smaller equals cheaper. Yes, there’s less glass, plastic, and metal involved in smaller tablets, but unless Apple also uses less storage, less memory, or a slower processor, it should cost almost as much to make a smaller iPad as a larger one.

Once upon a time, smaller actually meant more expensive because electronic components weren’t as small as they are today and shrinking them to fit in a tiny case was harder work. That’s not as true today as it was a few years ago, because if you’ve ever looked under the hood of an iPad you’ll know that the system board is actually pretty small. It’s the battery that takes up the most space.

But unless Apple cuts some corners on components beside the screen size I’m not sure how much cheaper a smaller iPad would be. After all, an unsubsidized iPhone is about the same price as an iPad.

Then again, Apple makes a pretty healthy profit on today’s iPads, so the company could certainly afford to sell new models for lower prices if it’s at all worried about competition.

3 replies on “Apple is reportedly testing a 7.85 inch iPad, may never release it”