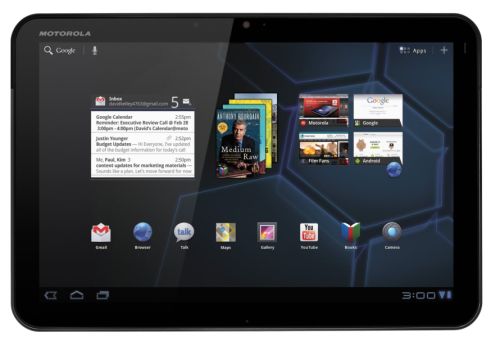 Yesterday a German court ordered Samsung to stop selling the Samsung Galaxy Tab 10.1 Android tablet in that country, and the ruling could stop Galaxy Tab sales in almost all European Union countries — at least until Samsung appeals or Apple’s lawsuit goes to trial. But it looks like Apple isn’t just going after Samsung for allegedly copying the iPad’s design. The company is also suing Motorola.

Apple’s complaint against Samsung includes mention of another lawsuit against Motorola, makers of the XOOM tablet. There have been no injunctions issued in that case yet and there’s nothing stopping Motorola from selling the XOOM in Europe for now. But that could change if Apple has its way.

The European court battles are over the design of these tablet devices, not a particular hardware or software patent. But the two companies have been battling each other over several dozen patents in US courts since last year.