Apple’s new $1000 phone is available starting today. Folks who ordered online, camped out in line, or just showed up at stores are starting to get used to unlocking their phones by looking at the big cut-out section in the top of the display.

But as tradition dictates, the folks at online repair shop iFixit didn’t spend much time actually using their new iPhone X. They just wanted to rip it apart and see what’s on the inside. 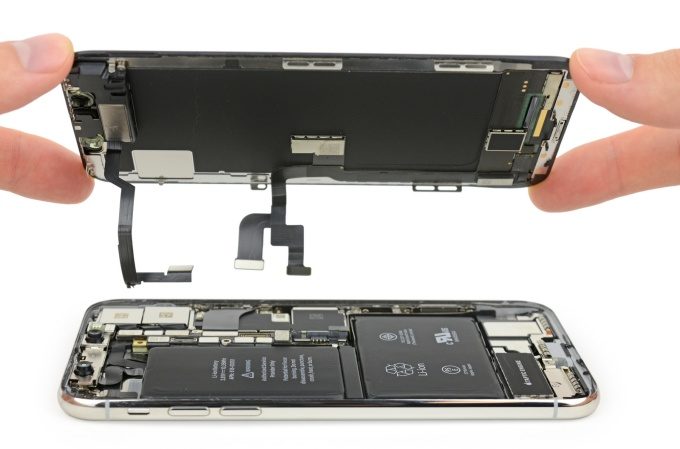 The Phone X has a larger display (and slimmer bezels) than any previous iPhone. But the changes aren’t just skin deep.

Under the hood, iFixit notes that the company shrunk the footprint of the phone’s logic board by stacking two boards on top of one another and soldering them together. So even though the board is actually bigger than the one in the iPhone 8 Plus, it take up less space inside the phone.

The iPhone X is also Apple’s first phone with a 2-cell battery, giving the company more flexibility in how it distributed the 10.35 Wh of battery power inside the case.

Other than that, there aren’t many surprises in the teardown, but you get to see all the new hardware including the True Depth camera system that powers Apple’s new Face ID system.

While iFixit gives the phone a 6 out of 10 score for repairability, you’re probably not going to want to drop an unprotected iPhone X. Since it has glass on both the front and back, there’s twice as much glass to break — and replacing the glass cover on the back will also probably mean replacing the metal frame that sits underneath it.