Apple is launching its first iPhone with an OLED display, the first model with an ultra-wide screen, and the first without a physical home button. It’s called the Apple iPhone X, and it’s a new high-end model that will join the iPhone 8 and 8 Plus in the company’s lineup.

It’s also that funny looking model that’s been showing up in leaks for months. As expected, it has slim bezels on all sides… but a huge cut-out at the top of the phone for the camera system. But Apple is explaining that the cut out contains the True Depth camera system needed for a new feature: Face ID.

The new phone doesn’t come cheap though: Prices will start at $999 for a model with 64GB of storage. There will also be a 256GB model. 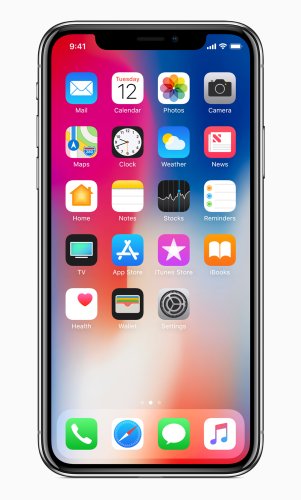 Since the iPhone X lacks a home button, it also lacks the fingerprint sensor embedded in the home button on earlier models. So the new login system uses an infrared camera, a dot projector, and other components to unlock your device when you’re looking at it, even in the dark and even if you’re wearing a hat, glasses, or a new hairstyle.

Apple says Face ID is even more secure than the Touch ID fingerprint sensor… with only about a 1 in 1 million chance of a stranger being able to unlock your device with facial recognition. Face ID works with Apple Pay and third-party apps as well as device unlocking. 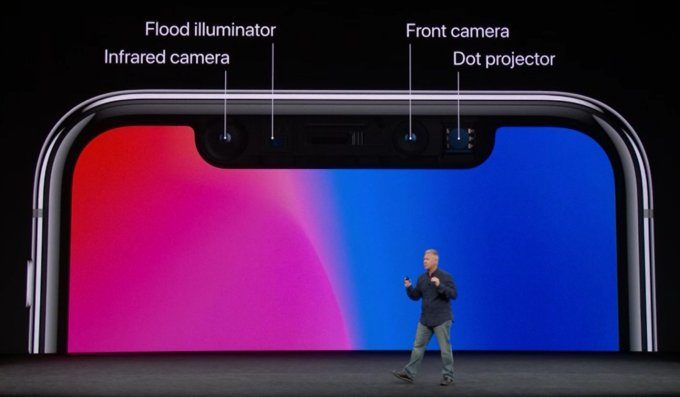 The iPhone X also has an Apple A11 Bionic chip with a neural processing engine for on-device face recognition.

Apple demonstrated the phone’s new features at its new product launch event today, and the iPhone X was clearly the star of the show. But while the new device certainly has a striking design, I couldn’t help but notice how the camera cut-out looks fine on the Apple home screen or other apps where the time, battery, and wireless notifications wrap around the camera… but it looks kind of ridiculous in devices with a white or light background, and even weirder when viewing videos or other apps that run in full-screen, where a black bar would probably make more sense than a camera cut-out.

Another change due to the lack of the home button comes in the form of a software change: you swipe up from the bottom of the screen to go to the Home Screen from any view.

The iPhone X has 12MP dual rear cameras, both with optical image stabilization, and a quad LED flash.

Apple says the phone supports the  Qi wireless charging standard, which means you can use existing third-party chargers. But Apple also plans to launch its own wireless charger in 2018. It’s called AirPower and it’s a single charging pad that can charge an iPhone, Apple Watch, and Apple AirPods wireless earbuds all at the same time.

The company says the iPhone X also offers up to 2 hours more battery life than the iPhone 7.

The Apple iPhone X goes up for order October 27th and ships on November 3rd. 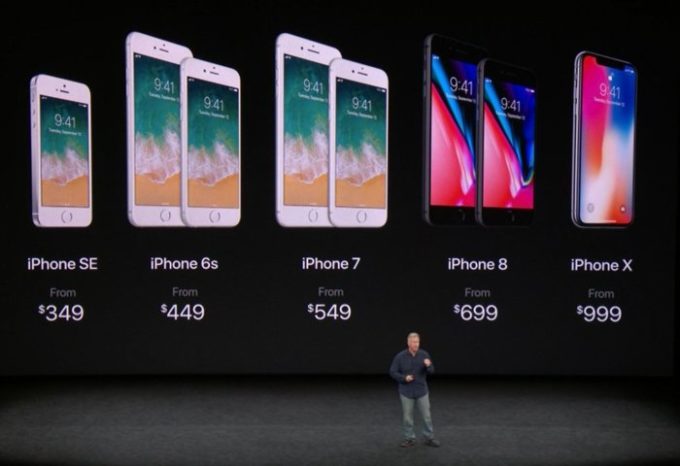 Think $999 is too much to pay for an iPhone? Apple’s iPhone 8 models will be available this month for $699 and up. And Apple is continuing to offer older models with starting prices as low as $349 for the iPhone SE.

16 replies on “Apple iPhone X: “The biggest leap forward since the original iPhone””