Apple’s newest iPhone doesn’t look dramatically different from last year’s models. But four new models in the iPhone 13 series feature an upgraded processor, a brighter display, and improved camera features. Apple has also shrunk the front camera notch by about 20 percent, and the company is promising longer battery life across the board. 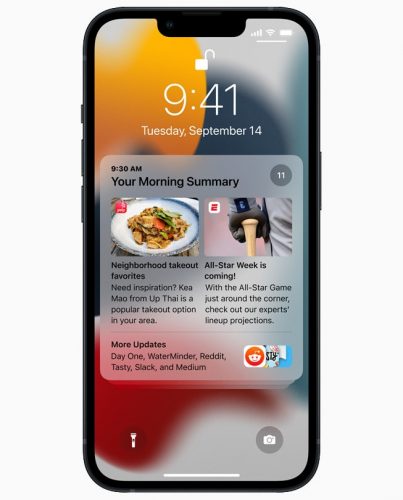 All of the new phones feature Apple A15 Bionic processors, which are 5nm chips with 6 CPU cores and a 16-core neural engine. The Pro series phones have a version of the chip with a 5-core GPU, while the iPhone 13 and iPhone 13 mini have 4-core graphics.

All of the phones have IP68 rating for dust and water resistance, they all have Apple’s TrueDepth front-facing cameras with support for Face ID, and they all come with at least 128GB of storage. 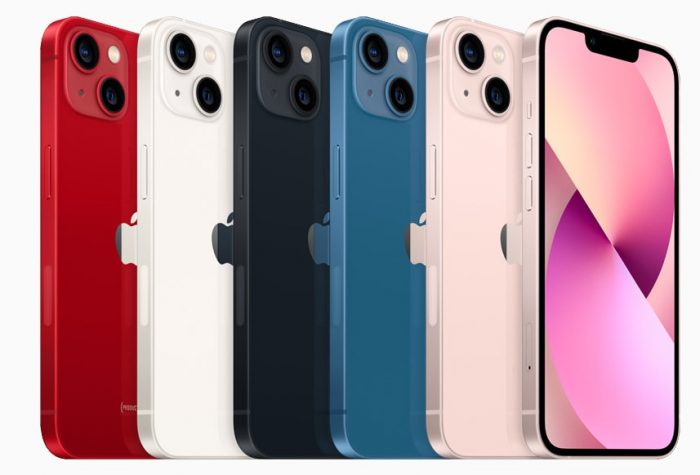 The iPhone 13 has a 6.1 inch Super Retina XDR display with support for up to 800 nits of brightness outdoors, and up to 1200 nits of peak brightness when viewing HDR content.

On the back of the phone, there are two 12MP cameras, a wide-angle primary camera and an ultra-wide angle camera with a 120-degree field of view. Apple says the ultra-wide camera has a faster image sensor than the one in the iPhone 12, while the primary camera has “the biggest sensor ever in an iPhone dual-camera system,” capable of capturing 47% more light. It also uses Sensor-Shift image stabilization, which means the sensor is stabilized rather than the lens for steadier shots.

Apple is also bringing a new video feature to iPhone 13 series smartphones. It’s called Cinematic Mode, and it allows you to shift the focus from the foreground to the background within a shot for cinema-style depth effects. You can either change the focus while recording, or after the fact, and users can adjust the level of bokeh using the iPhone Photos app or iMovie or Final Cut Pro on a Mac.

The iPhone 13 mini has the same processor, camera, and other features as the iPhone 13, but this model has a smaller 5.4 inch display. 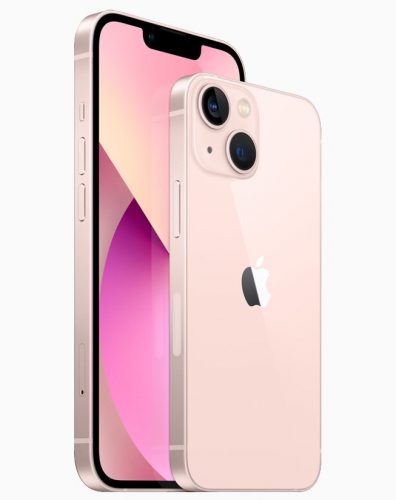 Despite the faster processor and improved camera features, Apple says the new phones both get longer battery life than their iPhone 12 series counterparts, with up to an extra 2.5 hours of run time for the iPhone 13 and up to 1.5 hours longer battery life for the iPhone 13 mini. The company attributes the change to the new processor, software enhancements in iOS 15, and bigger batteries.

The 6.1 inch iPhone 13 Pro and 6.7 inch iPhone 13 Pro Max, meanwhile, have starting prices of $999 and $1099 respectively. These phones are available with 128GB to 1TB of storage, and both models feature Super Retina XDR Display with ProMotion technology that automatically adjusts the refresh rate so that it’s as low as 10 Hz or as high as 120 Hz, depending on what you’re doing with the phone. The OLED display supports up to 1000 nits of brightness. 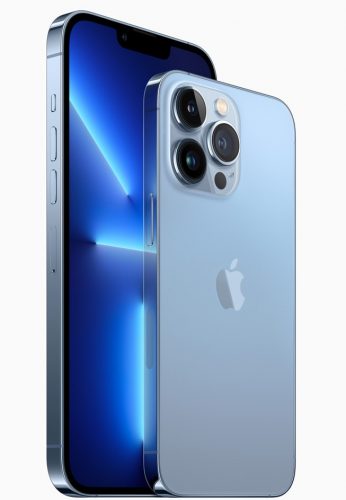 But the larger, higher-quality displays are only part of what make these models “Pro.” The iPhone 13 Pro series smartphones also have a higher-performance camera system with three rear cameras including a telephoto camera. 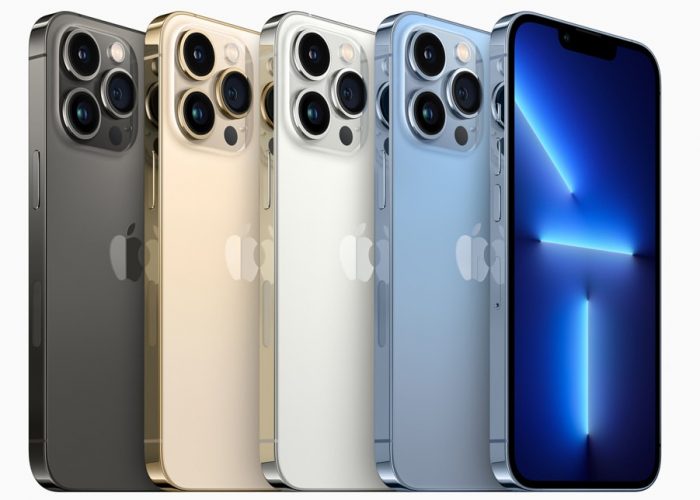 The iPhone 13 Pro and Pro Max have a wide-angle camera with 1.9 µm for capturing up to 1.5 times more light than the primary camera on the iPhone 12 Pro Max. Apple says this camera has the largest image sensor on an iPhone to date. It also has faster shutter speeds and an f/1.5 aperture,

There’s also an f/1.8 ultra-wide camera, that Apple says offers better low-light performance and support for auto-focus for the first time in an iPhone ultra-wide camera. This camera also supports Macro shots for photo and video recordings. Among other things, that means you can use macro photography for slow-motion and time-lapse videos.

And the third camera is a 77mm telephoto camera that supports up to 3X optical zoom (or a total of 6X optical zoom when you consider the full range of cameras on the iPhone 13 Pro including the ultra-wide).

Apple also supports Night Mode photography on all three cameras for the first time ever.

The company is also bringing new Pro video features to these phones, including support for shooting in the ProRes video codec and Dolby Vision HDR. 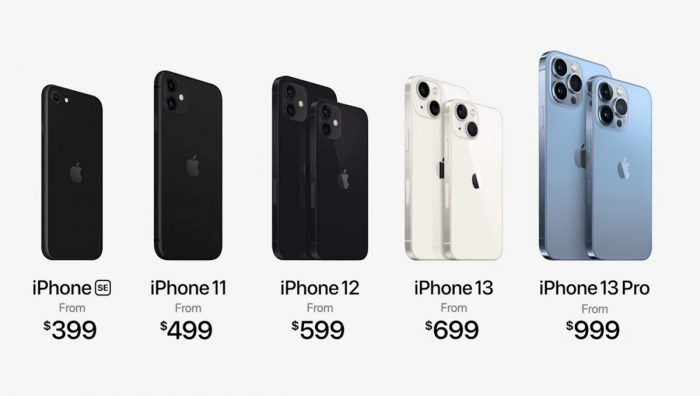