Apple is updating the operating system that powers its Apple Watch with performance improvements, new apps and features, and support for handwriting recognition (although Apple calls the feature “Scribble.”

A watchOS 3 developer preview launches today, and the full version will roll out for Apple Watch users this fall. 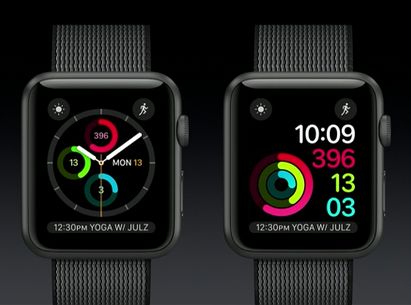 The Scribble feature lets you jot notes by writing out one letter at a time on the smartwatch’s tiny display. It currently supports English and Chinese. Don’t have time to write a reply to an incoming notification? You can also choose from new smart reply options.

Apple has made it easier to quickly switch watch faces: just swipe from the edge of the screen to cycle through your faces if you want to use different ones for different situations but don’t want to have to dig into the settings to change faces.

There are also new built-in apps including a Reminders and Find my Friends app.

And one of the most unique new apps is called SOS: press and hold the side button of the watch and after a brief countdown the watch will place a call to 911 if you’re in the US, or other emergency service providers if you’re in a different country. After that call is placed, SOS will send a message to your emergency contacts with your location, and then display medic alert information if you enter allergies or other notes.

Apple is also adding a bunch of new features for developers, including support for using Apple Pay to make in-app purchases and support for fitness tracking apps to run in the background so they can track motion and heart rate information while other apps are in the foreground.