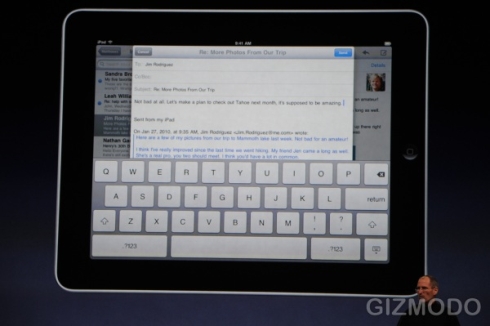 Apple CEO Steve Jobs has unveiled the company’s new tablet device, called the iPad. He’s pitching it as a device that’s more capable than an iPhone, but more portable than a laptop. Basically, he says it’s a third category of device between phones and laptops… Jobs acknowledged that some people consider netbooks to fill that space nicely, but as he put it, “netbooks aren’t better at anything. They’re slower,” have lower quality displays, and run PC software.

Jobs says the ideal usage situation for the iPad is web browsing, listening to music (using the built in iTunes capabilities), reading eBooks, and performing other activities. The screen rotates automatically when you turn the device. And if you need to enter text, an on-screen keyboard pops up. He says it’s a “dream” to type on, but I’ll believe that when I see it.

We’re still waiting to get more details about pricing, availability and specs. But for now, you can check out some more photos from gdgt and Gizmodo after the break.

Update 3: Jobs claims up to 10 hours of battery life for the iPad. It has an Apple-designed, ARM-based CPU called the A4 which runs at 1GHz. The iPad is available with 16GB, 32Gb, or 64GB of solid storage and supports 802.11n and Bluetooth 2.1 connectivity. There’s an accelerometer and a compass.

Update 4: There’s support for every iPhone app available today. You can run the apps in windowed or full screen mode.

Update 5: It looks like one thing the iPad doesn’t support at the moment is Adobe Flash.

Update 6: In addition to iPhone apps, the iPad will support new games designed for the larger screen. There’s a new SDK out today.

More updates after the break, including the pricing for the ipad and the 3G data plans.Update 7: OK, we’re starting to get into the eBook, newspaper reader side of things. They’re showing off a pretty sexy New York Times app. 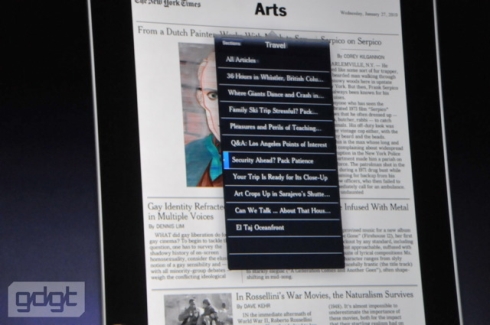 Update 8: Games look pretty nice. They support multitouch and accelerometer controls, and the graphics are pretty slick. But you know what else handles games pretty well? A laptop. Just sayin’. Anyway. Developers have only been working on iPad-specific apps for about two weeks. There’s only room for things to get better. 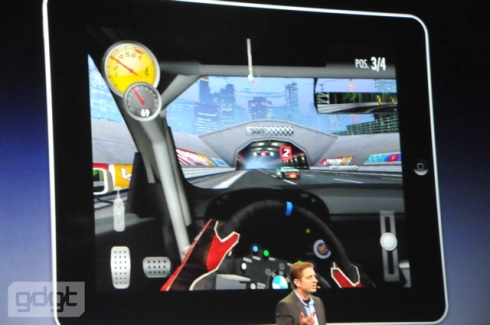 Update 9: Apple is launching a new application called iBooks for finding books online, downloading them, and reading them on your iPad. Five top publishers are partnering with Apple. There will be books in the book store starting this afternoon including New York Times Bestsellers. Overall iBooks looks like iTunes for eBooks. The fonts are adjustable, the eBook reader looks decent. But without a high contrast e-Ink display, I’m not 100% sold on this. A 1.5 pound, 0.5 inch eBook reader is feasible. But it’s not as thin or light as a Kindle and the text isn’t going to look as sharp. 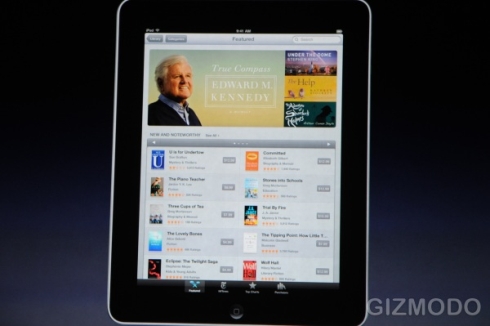 Update 10: Now they’re showing off iWork for the iPad as if it were the best thing ever. But while it’s nice that there is an office suite, it’s pretty clear that you’re going to be able to get stuff done more easily on a device with a keyboard. The iPad really seems more suitable as an entertainment device for web browsing, reading books, or enjoying digital media.

Update 11: It syncs up with iTunes on your PC the same way an iPhone does.

Update 12: All iPads will have WiFi. But there will also be models with 3G.

Update 13: You can get a 3G model with up to 250MB of data per month for just $14.99.  The unlimited plan is just $29.99. There’s no contract. You can cancel whenever you want. Service comes from AT&T. You can also use AT&T’s WiFi hotspots across the country. Apple is still working on international deals, but the 3G iPad is unlocked, so you can use it with existing carriers. 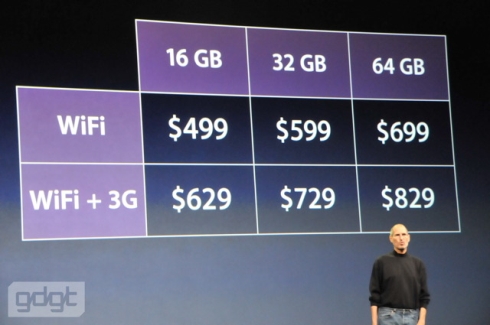 Update: 15: Shipping in 60 days. WiFi models will be available worldwide. It’ll take another 30 days for the 3G models to hit the streets. 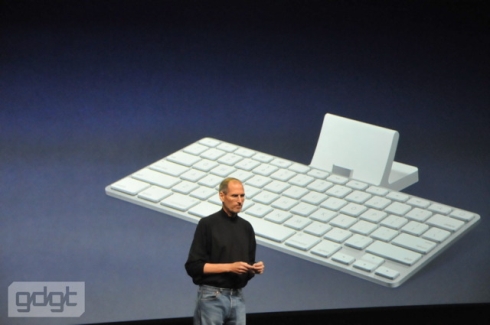 Update 16: There are a number of accessories, including a keyboard dock. I’m now officially interested. For $499 plus a keyboard dock, I might actually be able to use this kind of device for something.

Update 17: The Apple iPad web site is now live. Check it out for more details.

14 replies on “Apple introduces the iPad tablet, prices starting at $499”