The second-generation Apple Watch has a new dual-core processor that’s up to 50 percent faster and a new GPU with up to twice the graphics performance. With a 1000-nit display, the Apple Watch Series 2 also has a screen that’s twice as bright as its predecessor, and Apple says the new screen is the brightest its delivered for any product.

Other new features include built-in GPS and a new swim-proof design, as well as support for swim tracking.

The Apple Watch Series has a starting price of $369, while the original Apple Watch will be available for $269 from now on… but while the Series 1 isn’t waterproof, it’s getting an upgrade to the new dual-core processor.

Apple Watch Series 2 models will be available for pre-order September 9th with a ship date of September 16th. 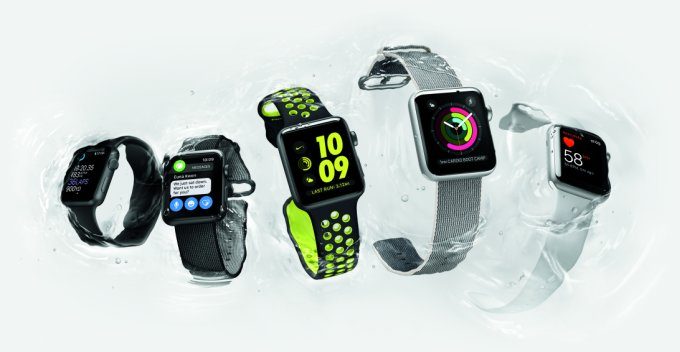 Apple says while the original Apple Watch was splash-resistant, the new model is waterproof up to depths of 50 meters.

It also has a redesigned speaker which actually ejects water after the watch comes out of the water.

The basic design of the watch hasn’t changed much. There’s still a square touchscreen display with rounded edges, a digital crown, and a side button.

The Apple Watch Series 2 will ship with watchOS 3 software, which will also be available for 1st-gen Apple Watch models starting September 13th. The watch will be available in a range of styles and materials, including aluminum, stainless steel, and for the first time, ceramic.

There’s also a model aimed at runners, which was designed in partnership with Nike. It’s called the Apple Watch Nike Plus. Priced at $369, the Nike model will be available in October. 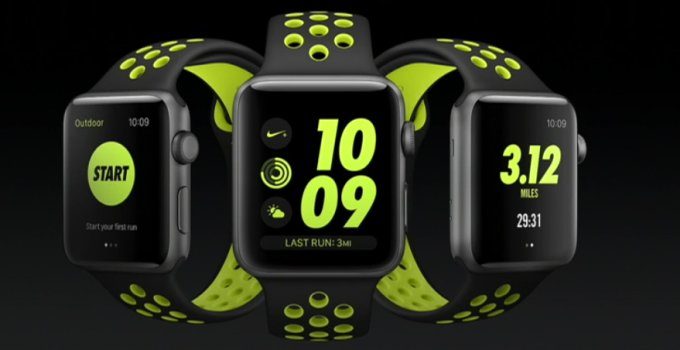