Apple is updating its iPad mini lineup with a new model featuring a Retina display and a TouchID fingerprint sensor.

The new iPad mini 3 goes up for pre-order October 17th for $399 and up and ships the following week. 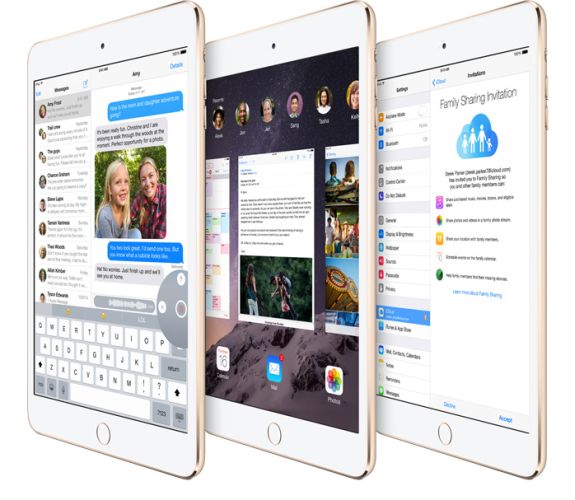 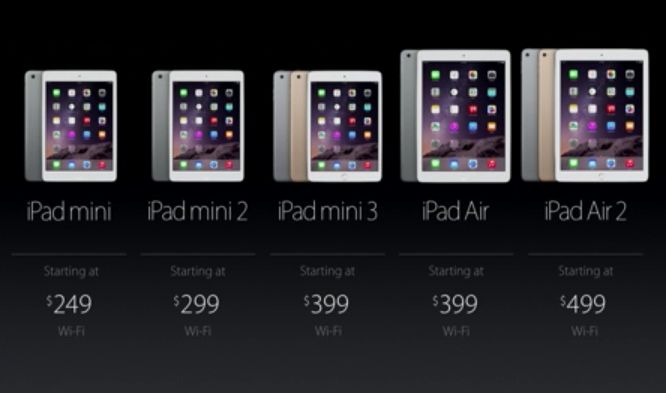 Measuring 7.9″ x 5.3″ x 0.29″ and weighing 11.7 ounces, the iPad mini 3 is exactly the same size as the iPad mini 2. That’s not surprising since it has the same display and the same processor as the older model.

The iPad mini 3 is powered by an Apple A7 processor with an M7 motion coprocessor and Apple says the tablet should provide up to 10 hours of battery life.

Like the iPad Air 2, cellular versions of the iPad mini 3 feature Apple SIM. This lets you switch between wireless carriers without taking out the SIM card and replacing it. At launch Apple SIM supports AT&T, Sprint, and T-Mobile in the US and EE in the UK.