Apple has been at the forefront of devices with high-resolution displays over the past few years, with its Retina displays for iPhones, iPads, and Macbooks.

Now the company is bringing a high-res screen to the iMac family of all-in-one desktops.

The 27 inch iMac with Retina Display is the first desktop PC to feature a 5K display. It ships starting today for $2499 and up. 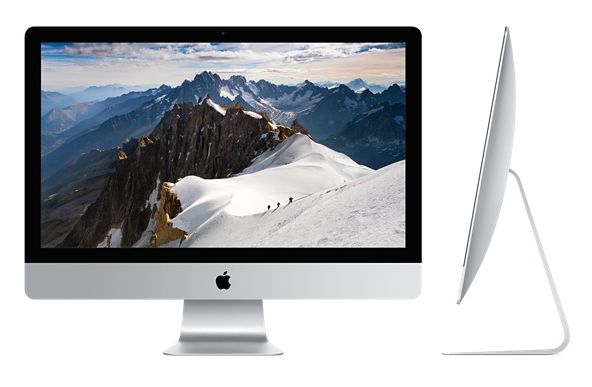 You can also upgrade the iMac with Retina with a 4 GHz Intel Core i7 processor and AMD Radeon R9 M290X processor.

While $2499 is a lot of money to spend on a desktop computer, Apple points out that 4K displays often sell for more money than that. The new iMac has a higher-than-4K display and also features the most powerful PC components the company has ever packed into an iMac.