Apple is launching new 13 and 15 inch MacBook Pro laptops, and they’re thinner and lighter than their predecessors. But as expected, that’s not the most unusual thing about these new notebooks.

They’re the first to feature a new high-resolution, OLED touchscreen display above the keyboard. Apple calls it the Touch Bar, and it replaces the traditional Fn keys found on most laptops with virtual buttons that change to match the software that you’re running.

The new MacBook Pro models are also the first to support Apple’s Touch ID. Among other things, that means you can use a fingerprint to login to Apple Pay to initiate payments from your laptop.

Apple is now selling new MacBook Pro models for $1499 and up… although some of the premium features are only available if you’re willing to spend at least $1799. 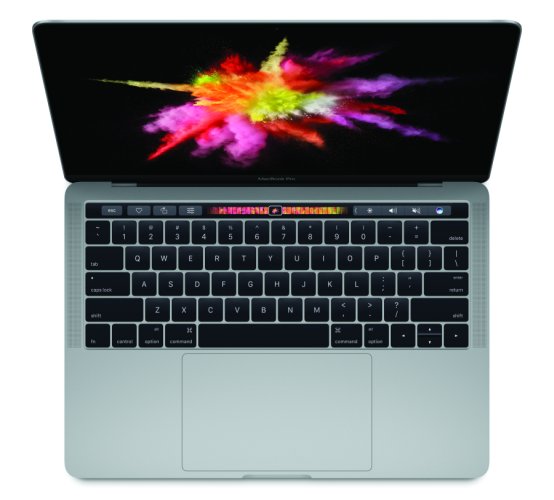 There’s also a version without a Touch Bar that sells for $1499 and up.

We’ll get back to the Touch Bar in a second, but there are a few other things to point out about the new MacBook Pro models.

They support faster processors, more powerful graphics, and faster SSDs than their predecessors… and both the 13 and 15 inch models feature four Thunderbolt 3/USB 3.1 Type-C ports.

The good new is that this means any of the ports on the laptop can function as a power jack, video output, or USB or Thunderbolt port. But it also means you may need to buy a bunch of adapters if you currently have accessories using old-school USB connectors.

The touchpad on the 15 inch model is now twice as large as it was on earlier versions, while the 13 inch MacBook Pro has a trackpad that’s 46 percent larger. It’s a pressure-sensitive Force Touch surface that supports taps, presses, and clicks.

The new 13 inch MacBook Pro is a 3 pound notebook, while the 15 inch model weighs 4 pounds. Both will be available in gray or silver color options.

Now back to that Touch Bar. 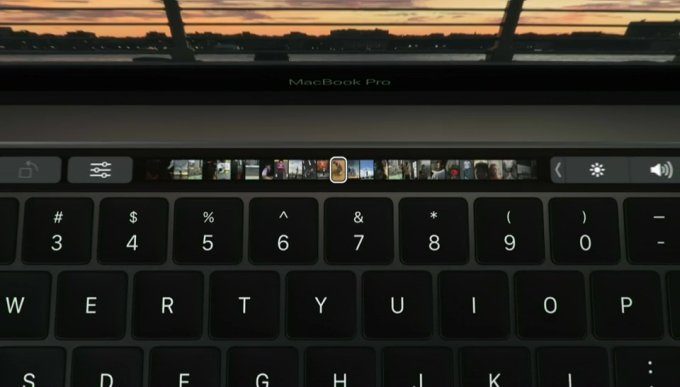 You can use it for all the basic Functions you’d normally get from F1 – F12 keys. You can adjust volume, screen brightness, and other system settings.

But when you open a program, the toolbar can automatically change to meet your needs. In Safari, for instance, you’ll see icons for your favorite websites. Tap one to open that site and you’ll see shortcuts for browser functions such as back, search, or refresh. 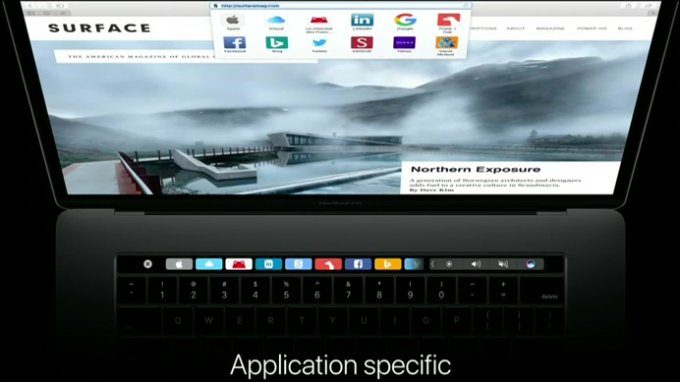 Photo and graphics apps can let you access filters or editing tools. You can use it to control music playback in iTunes. Or answer a call from Facetime.

The Touch Bar also supports user customization, allowing you to create your own shortcuts.

The Touch ID panel next to the Touch Bar is coated in Sapphire Crystal and it’s powered by a new Apple T1 chip. In addition to supporting Apple Pay, you can use the fingerprint sensor to login to the computer or switch users. 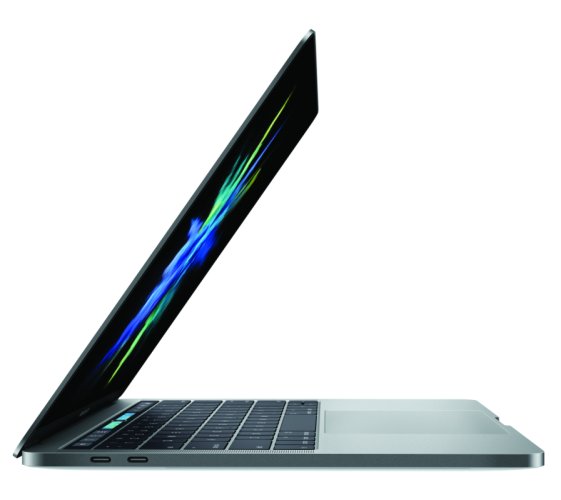 Fun fact: Apple is not the first company to try replacing the Fn keys with a touch panel and dynamic keys that can change for each app. Lenovo’s X1 Carbon notebook did this a few years ago. But when Lenovo updated its X1 Carbon laptops in later years, the company left behind its “adaptive keys.”

Apple has a good chance of succeeding where Lenovo failed though… because Apple doesn’t just control the hardware for its laptops. The company can ensure that the Touch Bar works seamlessly with macOS and Apple has the pull with developers to get them to integrate Touch Bar functionality with their Mac software. 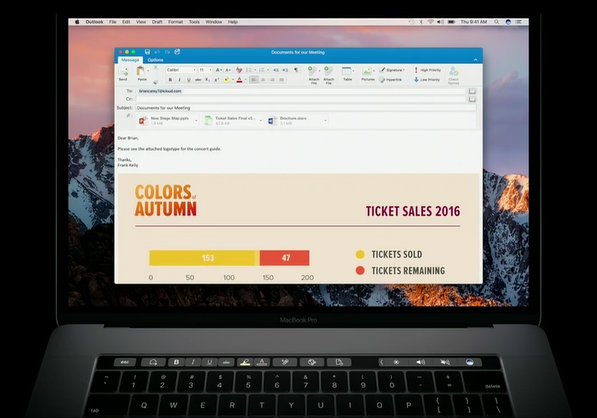 Even Microsoft has developed software that’s compatible with the Touch Bar: upcoming versions of Skype, Excel, PowerPoint, Word, and Outlook will include Touch Bar controller support.

One of the more impressive on-stage demos during Apple’s launch event came from Karim Morsy, the CEO of Algoriddim, who was showing off a new version of DJ Pro for the MacBook Pro. He was able to use a variety of shifting controls to create and control music just by tapping and sliding two fingers across the multitouch Touch Bar.

Apple says the new 13 inch MacBook Pro will be available with Core i5 or Core i7 dual-core processors with Intel Iris graphics, solid state storage that supports speeds up to 3.1 GB/s, and 2133 MHz memory.

The 15 inch models will be available with Core i7 quad-core chips, AMD Radeon Pro Polaris graphics, and the same speedy memory and storage as the 13 inch model.

Apple says both the 13 and 15 inch MacBook Pro models will support up to 10 hours of battery life.

Not impressed with the new Touch Bar features? Apple is also going to offer an entry-level 13 inch MacBook Pro with just two Thunderbolt 3 ports and no Touch Bar.

The laptop is thinner and smaller than a MacBook Air, but has the same 3 pound weight… and Apple says the Pro model is more powerful in just about every way. 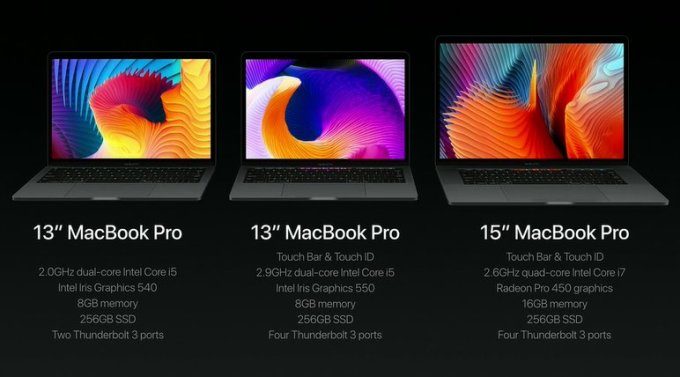 The company will continue selling the MacBook Air for customers that want a cheaper option, but the new MacBook Pro 13 without Touch Bar will be a premium alternative that has a starting price of $1499.

That model has a 2 GHz Intel Core i5 Skylake dual-core processor with Iris 540 graphics, 8GB of RAM, and 256GB of solid state storage.

If those prices all seem too steep, there are other options.

Apple is continuing to sell a previous-gen 13 inch MacBook Pro for $1299, and a previous-gen 15 inch model for $1999. But you won’t get the latest processing power upgrades, the thinner and lighter designs, or the Touch Bar or Touch ID.

The MacBook Pro 13 without Touch Bar is shipping immediately, while the models with Touch Bar and Touch ID should begin shipping in 2-3 weeks.