Apple and Google both take a 30 percent cut of revenue from apps sold through the App Store and Google Play Store, which means developers only get 70 cents for every $1 purchase. The same goes for in-app subscriptions that use the App Store or Google Play for billing, which means that if you pay $9.99 per month for a subscription service, the app maker only gets to keep about $7 of it.

But soon both Google and Apple will switch from a 70/30 split on subscription revenue to an 85/15 split, according to reports from The Verge and Recode. 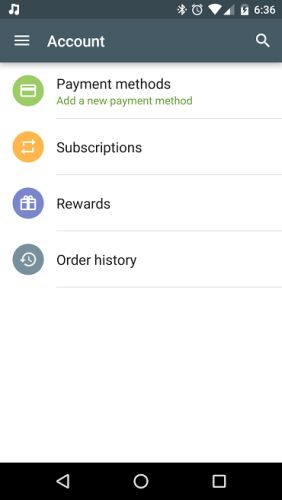 Note that the report from The Verge comes from an interview with a Senior Apple executive, while the Recode report hasn’t officially been confirmed by Google yet.

That said, if both reports are accurate, there appear to be a few key differences in the ways Google and Apple are approaching the changes.

First, Apple is planning to keep the 70/30 split for the first year, only letting developer keep 85 percent of revenue after a subscriber has paid for at least 12 months. Google apparently doesn’t have any such waiting period. As soon as a customer starts paying a subscription, Google will take a 15 percent cut, leaving the rest of the developers.

Another difference is one that’s already in place. Apple requires developers to use the App Store for billing if a customer signs up fro an in-app subscription, while Google gives developers the option of handling their own billing and keeping all the revenue. That won’t change under the new system.

Both Apple and Google are expected to continue taking a 30 percent cut of app sales. The changes only apply to in-app subscriptions.

The changes could encourage more developers to try subscriptions… which could be good news for everyone if it leads to more high-quality apps that are worth subscribing for. Or maybe we’ll just see subscriptions replace in-app purchases in “free to play” as the go-to business model for games.