Apples iPhone 5c might be the cheaper alternative to the iPhone 5s… but it’s not exactly the low-cost, budget iPhone that many people had been expecting before Apple launched its latest smartphones in September.

But now it looks like the company is planning to launch a new model that’s at least somewhat cheaper. 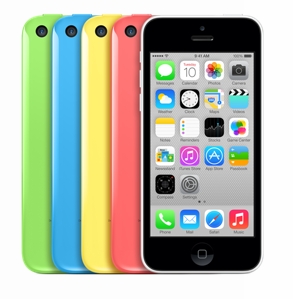 Evidence points to a new model with 8GB of storage instead of 16GB and an unlocked price of 509 Euros in Germany, down from 569 Euros for the 16GB model.

Caschy’s Blog has published a document from wireless carrier O2 Germany which detaills the new phone, while Engadget received a photo of a box label for an unannounced iPhone 5c with 8GB of storage (and a blue case, for what it’s worth).

If you’re thinking of picking up an 8GB iPhone, keep in mind that the operating system, uses around 1.5GB so you’ll have about 6.5GB for apps, games, music, photos videos, and other content. Still, if you don’t need a lot of space for those things (and don’t mind that iOS devices don’t have SD card slots for removable storage), I suppose a cheaper iPhone 5c could be attractive.