Apple’s new iPod touch looks… just like the old iPod touch. But under the hood it’s a lot more powerful. 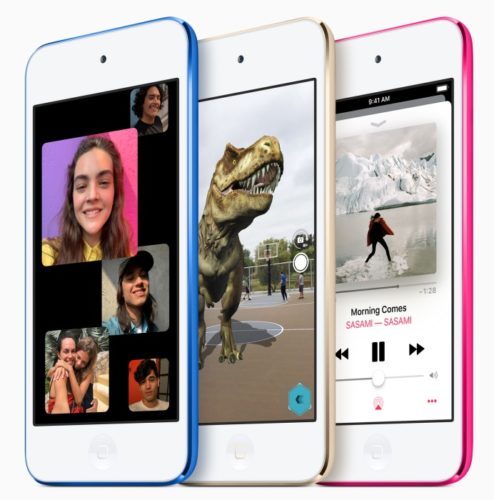 Those spec bumps are welcome, but not exactly surprising. The last time Apple refreshed its iPod touch lineup was 2015, so the product line was long overdue for either an update or a cancellation.

The Apple A10 Fusion processor is the same chip that powered the iPhone 7. It’s not exactly a speed demon by modern standards, but it’s still not bad for a $199 device.

Apple says that, among other things, it enables support for augmented reality experiences on an iPod touch and offers a smoother gaming experience.

All told, the iPod touch It’s basically a compact iPhone with a dated design and the inability to connect to cellular networks. And that may be exactly one some folks are looking for, since it’s a relatively inexpensive device to hand off to a kid or for reading, watching, or playing on the go without running down your smartphone battery. And it’s a lot more portable (and affordable) than even the smallest of iPads.

The 2019 iPod touch is available online starting today and it should be in stores later this week.

Here’s an overview of the prices/configurations:

14 replies on “Apple gives the iPod touch an A10 Fusion chip, keeps the $199 starting price”