Apple has been making some of the highest-performance ARM-based processors for years. Initially the company used those chips in mobile devices like the iPhone and iPad, but last year the company released its most powerful ARM chip to date and it debuted in the most powerful MacBook Air and MacBook Pro 13 laptops to date.

Now that same chip is making its way to Apple’s tablets. The new 2021 iPad Pro is both powered by an Apple M1 processor, which the company says brings up to a 50-percent increase in CPU performance over the Apple A12Z Bionic chip used in the previous-gen iPad pro. Graphics performance is also up by as much as 40 percent.

The new iPad Pro comes in two sizes, with the 11 inch model selling for $799 and up and a 12.9 inch version (with a higher-quality display) starting at $1099. They both go on sale April 30 and ship in the second half of May. 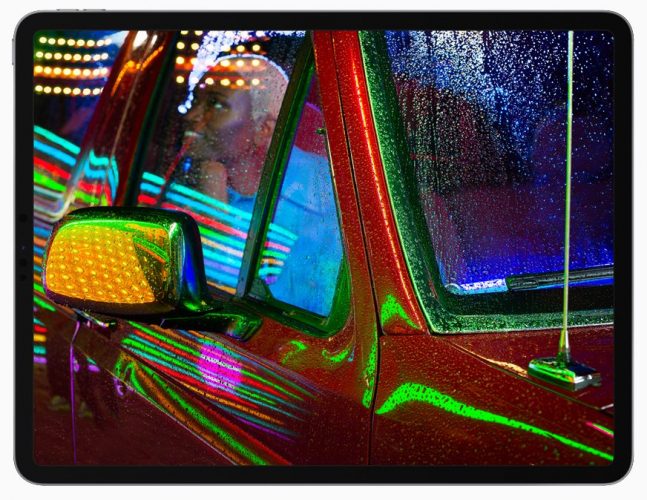 The Apple M1 processors used in the new iPad Pro tablets features an 8-core CPU, 8-core graphics, and a 16-core neural engine. But this isn’t the only upgrade in this year’s tablets.

Apple’s new iPad Pro models are the company’s first tablets to support up to 16GB of RAM and up to 2TB of storage, and the storage is twice as fast as previous-gen tablets.

Basically you get all of the performance you’d expect from a MacBook Pro 13, but in a tablet form factor. But Apple still draws an increasingly arbitrary distinction between its laptops and tablets – Macs run macOS and iPads run iPadOS. While you can now run iOS apps on Macs with M1 chips, you cannot run macOS apps on iPads, even if they have the same processor. 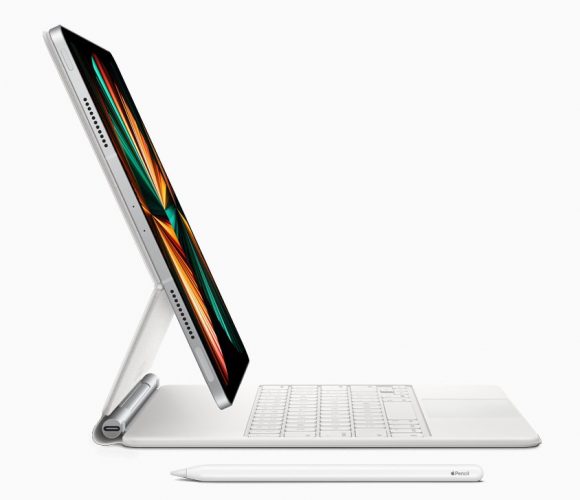 There are at least five other things that set this year’s iPads Pro apart from their predecessors:

That last one is worth examining in more detail. As long rumored, Apple is bringing mini LED technology to the iPad series, starting with the 12.9 inch iPad Pro. While last year’s model had 72 LED lights, this year’s has more than 10,000 tiny LED lights spread across the display and arranged into nearly 2,600 local dimming zones. 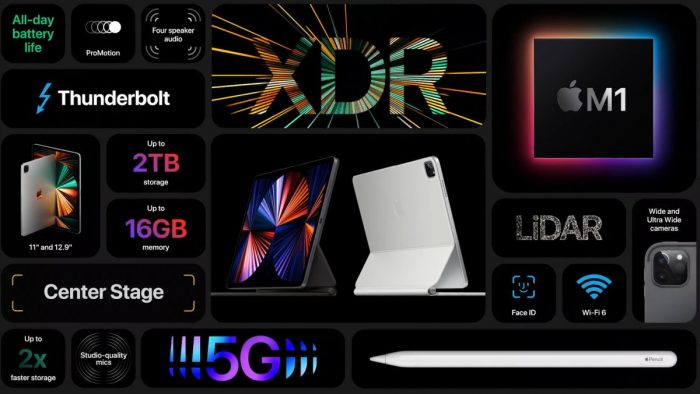 Apple says the system allowed the company to match the quality of its Pro Display XDR in a more compact device like the 1.5 pound iPad Pro which measures just 6.5mm thick. You get extremely high dynamic range, 1000 nits of brightness or 1600 nits of peak brightness, a million-to-one contrast ratio, and wide color gamut.

And if you want to use either the 11 inch or 12.9 inch iPad Pro models with an external display, they both now work with Apple’s 6K Pro Display XDR now that they have Thunderbolt 3 ports with support for 4X the data transfer bandwidth of previous-gen iPad Pro tablets.

Despite the differences in battery capacity, Apple says both tablets should get up to 10 hours of battery life while web surfing over WiFi or playing video, or 9 hours when doing those things over a mobile data connection if you opt for a model support for cellular networks.

15 replies on “Apple brings its M1 chip to the iPad Pro, which now supports up to 16GB RAM and 2TB storage”