While we wait for news about the next generation of iPhones later today, Apple has announced that Apple Arcade will launch on September 19th. Interested iOS, Mac OS, and Apple TV gamers will be able to sign up for a one-month trial. After that an Apple Arcade subscription will cost $4.99 a month. 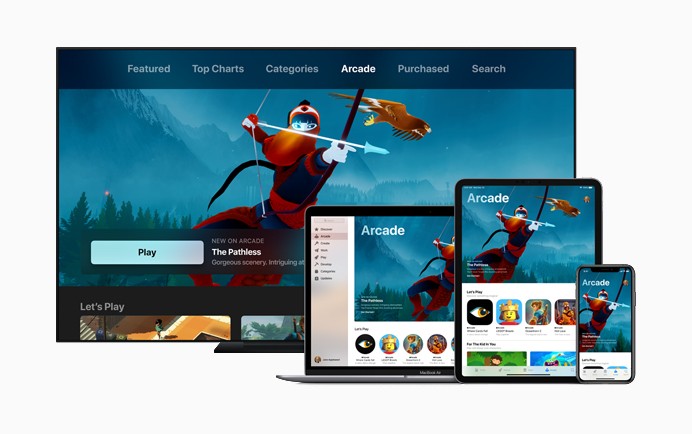 Engadget notes that Apple didn’t specify whether the Arcade doors will open on all three platforms on the 19th or whether the rollout will happen in phases. We’ll update with any additional details Apple provides.

Apple originally announced Arcade back in March. At the time they said that subscribers would have access to more than 100 “new and exclusive” games when the service launched. An exact number of titles hasn’t been revealed yet, but Apple did mention a brand new Frogger game from Konami and Shinsekai: Into the Depths from Capcom.

Arcade will be given its very own tab in the App Store. Tap it and you’ll find a curated collection of games to try out, helpful gameplay guides, and trailers for new and upcoming releases.

Google also has its own subscription gaming offerings. There’s Google Play Pass, which is expected be similar to Apple Arcade and there’s the $10 a month Stadia, which is a slightly different beast. Stadia uses the power of Google’s cloud to let you play top-notch games on systems that might not otherwise be able to. It runs anywhere Google Chrome does and supports resolutions from 720p (over a 10Mbps connection) up to 4k (35Mbps) at 60fps.

3 replies on “Apple Arcade launches next week for $4.99 a month”