But since not everyone wants to spend that kind of money on a portable media device, so the company also kept around 2010’s 4th-gen iPod touch for a while, selling it for $199 and up. Now that model’s been pulled from the Apple Store, and it’s been replaced with a new $229 iPod touch that’s a lot more like the other 5th-gen models… but not entirely. 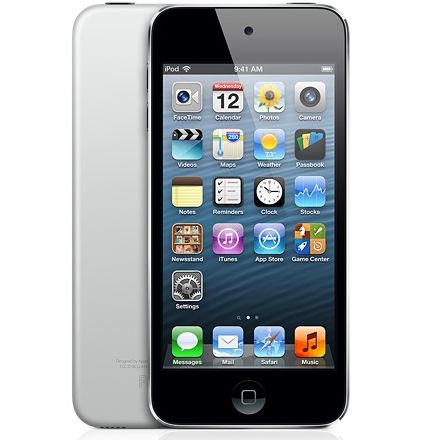 Like other recent iPod touch models, the new $229 version has a 4 inch, 1136 x 640 pixel display and an Apple A5 dual-core processor. Apple says it offers up to 40 hours of battery life while playing music or 8 hours of video playback time.

What the new model doesn’t have is a rear camera. There’s a 720p front-facing camera for video chat, but Apple left out the 5MP camera with auto-focus and an LED flash.

The new model also only comes in one color: black. And it features 16GB of storage, while other recent iPod touch models have 32GB or more.

It’s nice to have an option with a bigger screen and faster processor than the 4th gen iPod touch with a price tag that’s not much higher. But at least the older iPod touch had a rear camera. It didn’t have a flash or auto-focus capabilities, but at least it was there.

Of course, while Apple isn’t selling new 4th-gen iPod touch models anymore, you can still pick up refurbished models for as little as $129, or buy a new model from Amazon for $180 and up

4 replies on “Apple adds a $229 iPod touch with Retina to its lineup, cuts a few corners”