Chromebooks are typically positioned as low-cost, easy-to-use laptops for home, school, or maybe even office use. But a few years ago AOPEN started offering a Chrome OS device for digital signage or kiosk applications. The AOPEN Chromebase Commercial is basically a 22 inch all-in-one PC with Google’s browser-based operating system.

Now the company has unveiled a smaller model called the Chromebase Mini. It has a 10.1 inch touchscreen display, a built-in kickstand and it’s positioned as a product that can be used for video conferencing with Google Hangouts or for digital signage.

But while the Chromebase Mini is meant for commercial usage, it basically looks like a Chrome OS tablet. 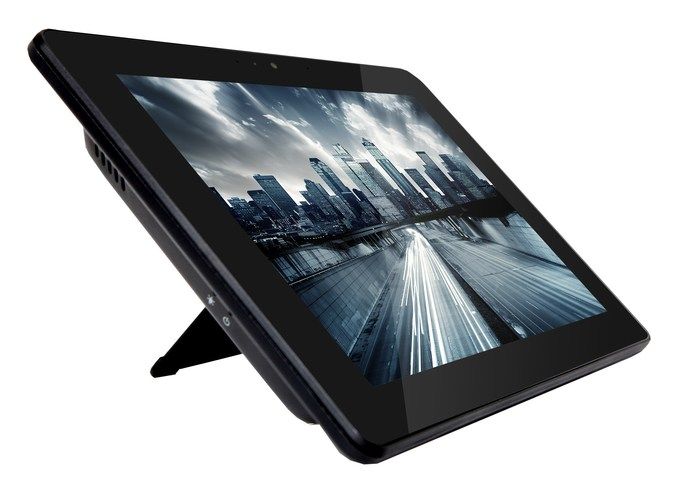 It has a 2MP front-facing webcam, dual microphones, and a stereo speaker. And it supports 802.11ac WiFi and Bluetooth 4.0.

Pricing for the AOPEN Chromebase Mini hasn’t been revealed, but it’ll probably be more expensive than a typical Android tablet with similar specs. The company’s 22 inch model with a Celeron N2930 processor sells for over $600.

But the Chromebase Mini is still an intriguing device, because it’s one of the first Chrome OS products in this form factor. AOPEN notes that it has a water and tamper-resistant design, which help set it apart from consumer-oriented devices. 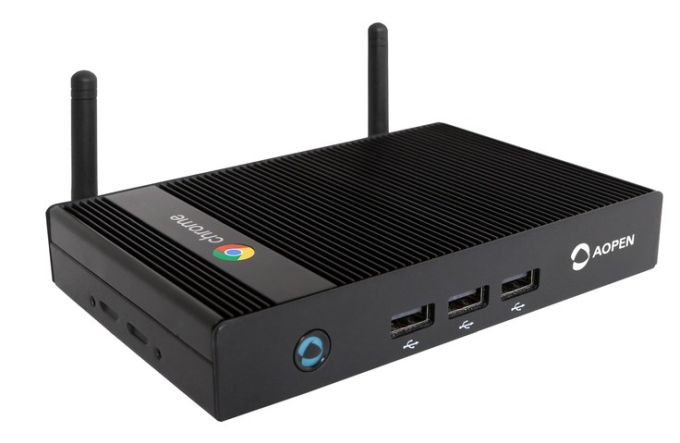 The company is also launching a new Chromebox Mini, which has the same processor, memory, storage, and wireless features, but which lacks a display. Instead, the hardware is packed into a 5.7″ x 3.7″ x 1″ fanless box for silent operation. You can mount it to the back of the display of your choice.

via Chrome Story and PR Newswire