Google’s Chrome OS is a browser-based operating system for notebook and desktop computers. Now AOPEN is bringing Chrome OS to the commercial PC space, with the Chromebase Commercial.

It’s a 21.5 inch all-in-one computer with a touchscreen display and Google’s Chrome operating system. The Chromebase Commercial is designed to be used for digital signage, point-of-sales, or kiosk-style operations. 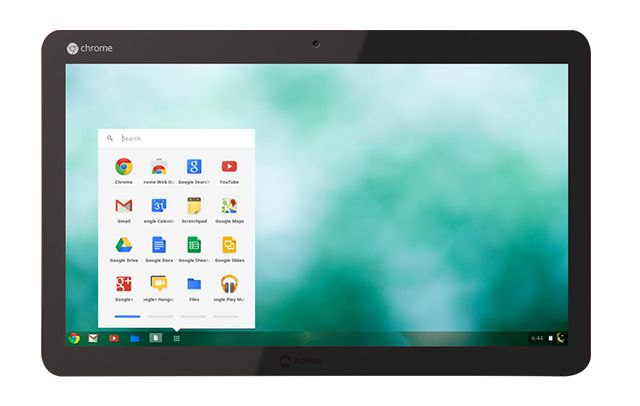 AOPEN and Google announced they were working together earlier this year, and this weekend I spotted the Chromebase Commercial on the FCC website, which prompted me to check the AOPEN website… where it turns out you can request a price quote for the system.

It has Ethernet, serial, audio, and USB ports and features an HDMI output if you want to connect a second screen. There are 3W stereo speakers built in, and the system has a mic and webcam, which means you could use it to make video calls.

While the Chromebase Commercial looks a bit like a large tablet, there’s no battery and the system weighs 14.3 pounds, which would make it a bit bulky to carry around.

Since this computer is designed for commercial applications, it comes with a 3-year warranty, supports optional accessories including cash register drawers, and features a durable case design. It can be mounted on a wall or kiosk stand.