The AOKZOE A1 is a handheld gaming PC with an 8 inch, 1920 x 1200 pixel IPS LCD display surrounded by game controllers, an AMD Ryzen 7 6800U processor with Radeon 680M graphics, and support for up to 32GB of RAM and 2TB of storage.

First unveiled last month, the AOKZOE A1 is now up for pre-order for $899 and up through a Kickstarter crowdfunding campaign, and it’s expected to begin shipping to backers in September, 2022. 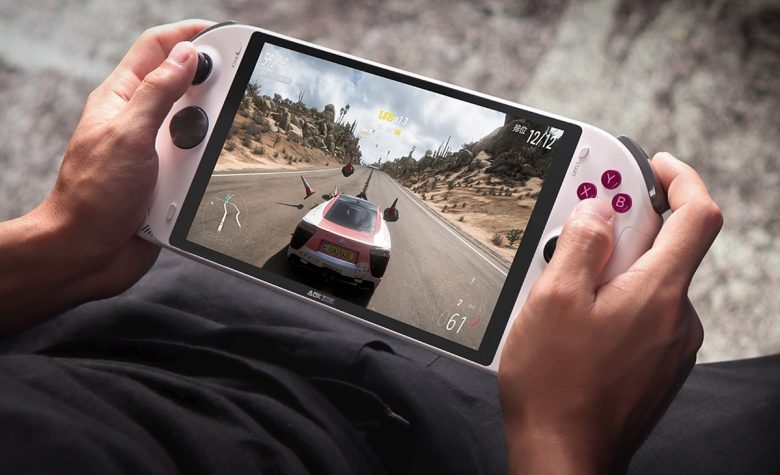 While AOKZOE is a new name in the handheld PC space, the brand is closely associated with One Netbook, which has been producing ultra mobile computers since 2018, and models with an emphasis on gaming for the past year or so.

The AOKZOE A1 is one of the first modern handheld PCs powered by an AMD Ryzen 7 6800U processor, which is an 8-core, 16-thread processor with Zen 3+ CPU cores and 12-core graphics based on AMD’s RDNA 2 architecture. In other words, it should offer much stronger performance than a Steam Deck (which has 4 Zen 2 CPU cores and 8-core RDNA 2 graphics). That should hardly be surprising for a device that has a starting price that’s more than twice as high though.

It’s not the only model with that processor though. The GPD Max mini gaming laptop is also up for pre-order through a crowdfunding campaign and expected to ship in September. Models with Ryzen 7 6800U processors start at $999. And AYA and AYN both plan to launch handhelds with Ryzen 7 6800U chips in the coming months, with prices starting as low as $699 for an AYA Neo 2 Geek or $775 for an AYN Loki Max. 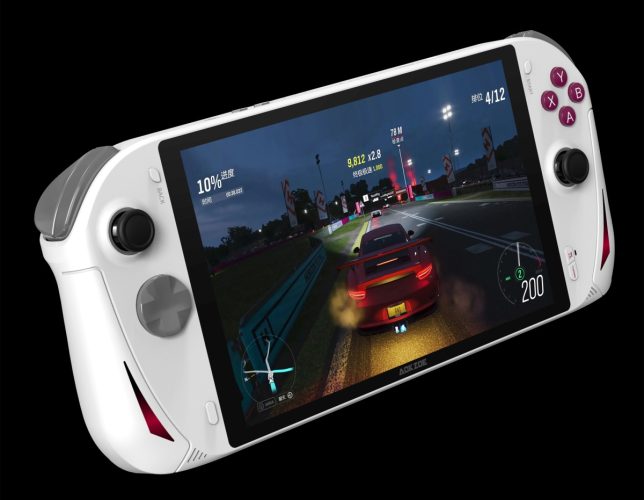 As for the AOKZOE A1, it will be available in at least four configurations during crowdfunding:

Each model has LPDDR5X-6400 memory that’s soldered to the motherboard, but the storage is courtesy of an M.2 2280 PCIe SSD, so that should be user upgradeable.

Here’s a run-down of key specs for the AOKZOE A1:

AOKZOE says the handheld has a few distinguishing characteristics including “RGB breathing lights” on left and right sides with support for 3 modes and 20 lighting effects, analog linear trigger buttons with 8.5mm trael, dual vibration motors, and support for switching between 15W and 28W TDP on the fly by hitting a “turbo” button.

There’s also built-in kickstand that lets you prop up the AOKZOE A1 on a flat surface at angle sup to 65 degrees.