CyanogenMod isn’t the only Android development team making the jump from Android 4.0 to Android 4.1. The developers behind the MIUI and AOKP custom ROMs for Android phones and tablets have also released initial builds of their software based on Android 4.1 Jelly Bean. 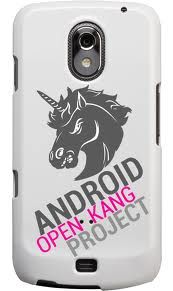 CyanogenMod, MIUI, and AOKP (Android Open Kang Project) are three of the most popular aftermarket versions of Android. In other words, these teams take the open source operating system released by Google, tweak the heck out of it, and then make it available for you to install on phones or tablets that originally shipped with a different version of Android.

MIUI is known for completely changing the look and feel of Android by adding a custom home screen and app launcher, tweaking the notification area, and including custom apps such as an MIUI file browser and music player.

Early versions of MIUI had a vaguely iOS-like feel, but over the past few years the operating system has developed a sleek, polished look that’s all its own.

At this point, the Android 4.1.1 version of MIUI is available for two devices: the Samsung Galaxy Nexus and Samsung Nexus S smartphones. In addition to updating the OS version, MIUI has also fixed a number of bugs affecting phone calls and messaging, among other things.

At first glance, AOKP looks a lot like the standard version of Android that Google releases. But when you dig into the settings, you’ll see that Android Open Kang Project offers far more customization options.

The first Jelly Bean release includes many of those tweaks, including notification toggles, lock screen customization options, a modified navigation bar, the ability to configure LED flashing colors, an option to change the wallpaper of the notification area, and more.

Builds for a handful of devices should be available starting soon.