Google’s Android operating system was originally designed for mobile devices like smartphones, but it was later adapted to run on a range of products including watches, in-vehicle systems, and TV boxes. Google also seems to be taking steps to blur the lines between Android and Chrome OS, which could pave the way for Android-powered laptop and desktop computers.

But Chinese startup Jide is one of a few companies that’s already converted Android into a desktop OS. In the past year or so the company’s Remix OS has appeared on tablets, mini-desktops, and laptops. And now AOC and Jide are launching the first all-in-one desktop to run Remix OS. 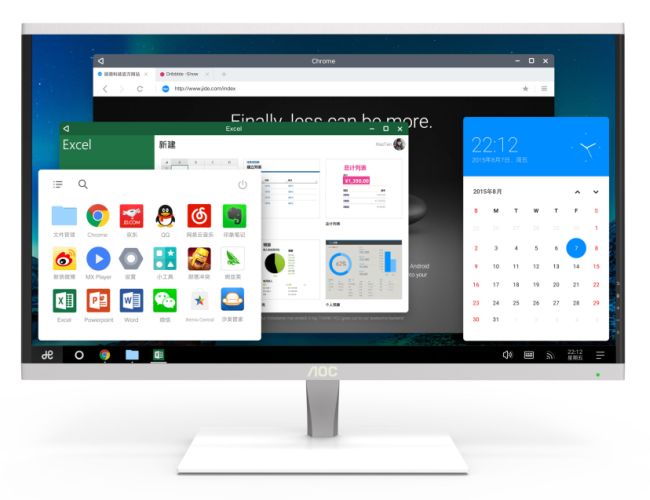 It also features a number of input and output options, including two HDMI ports, four USB ports, and an Ethernet jack.

Among other things, Remix OS adds a taskbar, a desktop, and a start menu-style app launcher to Android. It also lets you run most apps in resizable windows that can be positioned anywhere on the screen, allowing you to interact with more than one app at a time.

The computer is expected to ship with Remix OS 2.0 software when it goes on sale in China this summer. AOC may offer the all-in-one desktop in other markets in the future, but no plans have been announced yet.