Kingston launched the first commercially available 2TB USB flash drive last year, but if you want to get your hands on one, you’ll have to pay at least $1,400.

If that’s too rich for your blood, there’s a cheaper 1TB version that sells for “just $730.”

Today’s a slow news day, so I found myself scanning a few different web stores for new arrivals, and I came across a slightly more attractive alternative. The Corsair Voyager GTX 1TB USB 3.1 flash drive is smaller, cheaper, and faster than the Kingston drive.

But it’s still ridiculously expensive: Newegg is selling it for $511, and the best price I could find was at ShopBLT, which charges $457. 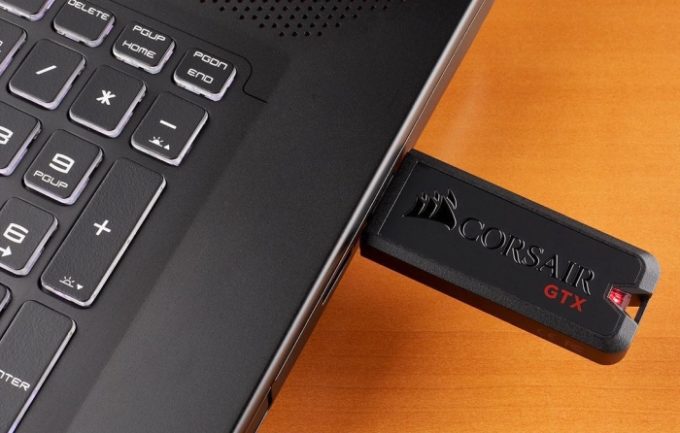 Kingston’s drives have read speeds up to 300 MB/S and write speeds up to 200MB/s and they measure about 3″ x 1.1″ x 0.8″, which makes them rather chunky by flash drive standards.

My desk is littered with USB flash drives ranging in capacity from 512MB to 32GB, and honestly I rarely find I need much more than that to transfer files between devices or to load the files necessary to boot a PC from a flash drive.

I suppose a 1TB drive would be useful for transferring a lot more data in one go, or for serving as a secondary storage device on a PC… especially with read/write speeds that are faster than most hard drives and competitive with some SSDs.

But with prices still running $500 to $700 for a 1TB USB flash drive, I have to wonder if anyone’s actually buying these things.

I’m also not really sure why you’d want to.

For the most part, I think of USB hard drives and SSDs as backup devices, and flash drives as data transfer devices. On the one hand, I suppose high-capacity, high-speed models like those offered by Kingston and Corsair could change that. On the other, you can save an awful lot of money by purchasing a USB hard drive or SSD instead.

For example, you can pick up a Western Digital 2TB USB hard drive for under $70, or a Samsung 1TB USB SSD for $340. A company I’ve never heard of called VectoTech has a 2TB USB SSD for $399.

Sure, they’re bigger than a thumb drive. But you get just as much storage for a heck of a lot less money. And they’re less likely to fall out of your pocket or slip away into the couch cushions, never to be seen again.

Of course, this all might just be a chicken and egg (supply and demand) problem: if more people bought 1TB USB flash drives, that’d help bring the prices down. But as long as prices remain high, they’re unlikely to become top selling products.