Remix OS is a custom version of Android aimed at making Google’s smartphone and tablet operating system feel more like a laptop or desktop OS designed for productivity. Jide, company behind the operating system, was formed by former Google employees and they unveiled the software earlier this year along with a tablet designed to run Remix OS called the Remix Ultra Tablet.

But the Remix Ultra isn’t the only tablet to support Remix OS software. Recently Chinese tablet maker Cube unveiled a new tablet that will ship with the operating system. And now rival Teclast is working to bring the software to the Teclast X98 Air 3G tablet. 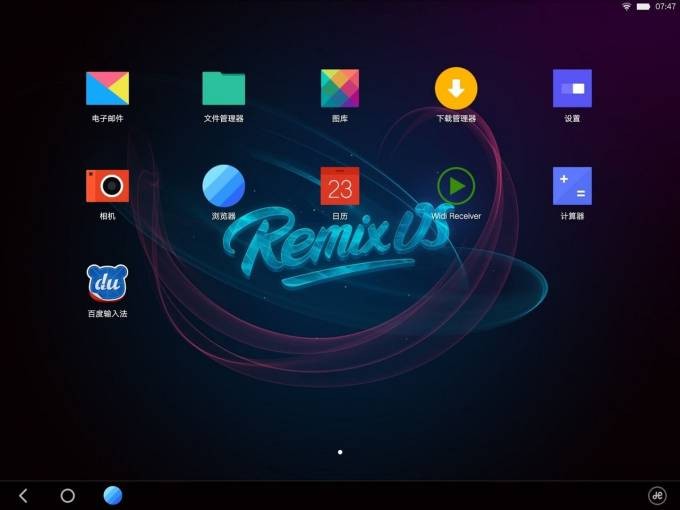 Soon it’ll stop being news that yet another tablet supports Remix OS, but it’s still kind of a novelty, so let’s talk a bit about the Teclast tablet.

It features a 9.7 inch, 2048 x 1536 pixel display, an Intel Atom Bay Trail processor, 2GB of RAM, and 32GB of storage. It sells for around $200 and there are already dual OS models available which ship with Android and Windows software. Now Teclast is testing Remix OS, offering a downloadable, installable version of the operating system to members of the Teclast forum.

The software appears to be an early build at this point, with some features that may not work perfectly.

If you don’t speak Chinese and don’t have enough points to view the Teclast forum post, there are some screenshots and download links at the xda-developers forum.

Jide also plans to release Remix OS as a custom ROM that anyone can download and install on a Google Nexus 9 or Nexus 10 tablet in the future.

The operating system is compatible with Google Play Services and the Google Play store, but it has a few Windows-like touches including a taskbar, some custom apps including a file manager and settings menus that borrow their look and feel from Windows 8, and support for viewing multiple apps on the screen at once by letting users choose to run some apps in phone-sized windows that can be moved around the screen.

2 replies on “Another tablet gains (some) support for Remix OS”