The OnePlus 2 smartphone starts shipping the second week of August. But Chinese startup OnePlus is already planning to launch its third smartphone.

Co-founder Carl Pei tells USA Today that the company wants to launch a new phone will be available by the end of the year. Details about the upcoming phone are scarce, but in an Ask Me Anything session on reddit, other members of the team confirmed that the phone is on the way… and that it won’t be called the OnePlus 3 or OnePlus 2S.

Instead, the new phone is part of the company’s new strategy to launch more than one phone per year. 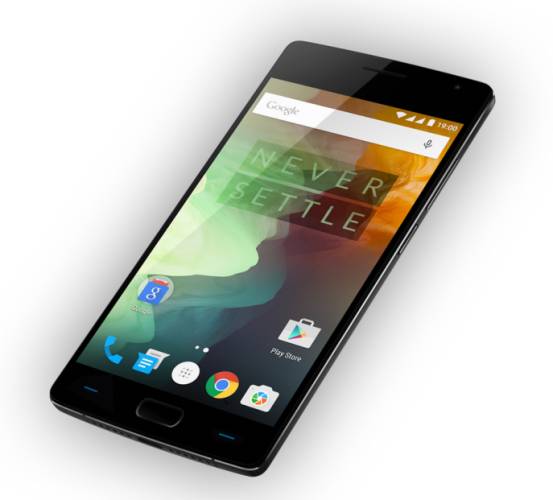 Pei wouldn’t confirm whether the new phone has specs that are better or worse than those for the OnePlus 2 smartphone. So it’s possible that the upcoming model could be a lower-priced device with stripped-down features. Or it could be a smaller version of the OnePlus 2: the company’s first two phones have each featured 5.5 inch displays, but representatives of OnePlus acknowledge that the company has considered releasing a phone with a smaller display.

We also learned a few new things about the OnePlus 2 and the original OnePlus One smartphones during the reddit AMA.

Customers who have managed to score an invite will be able to place orders for the OnePlus 2 starting August 11th. We already know that the phone has premium specs and a mid-range price tag. But some folks have been concerned about features that are not included. Now OnePlus is giving some of the reasons for leaving those features out.

The phone doesn’t have a microSD card slot, for instance. OnePlus says there are a few reasons for that: Built-in storage tends to be faster and more difficult to corrupt than removable storage, customers that want additional storage space can spend $50 extra to buy a 64GB model of the phone instead of a 16GB model, and many people prefer cloud storage for music, videos, photos, and other files anyway.

That’s all true… but some power users prefer removable storage anyway because it provides the opportunity to swap out cards, add hundreds of gigabytes of storage, and maintain control over your own files rather than storing them in the cloud.

A growing number of high-end phones don’t have microSD card slots. But that helps phones that do have them to stand out… so it was notable when Samsung launched its Galaxy S6 smartphone without a microSD card reader earlier this year, and perhaps just as notable that the new Motorola Moto X Pure Edition does have one.

Another thing that’s missing from the OnePlus 2 is an NFC chip. The phone does have a fingerprint reader for quickly and relatively securely logging into the phone and supported apps. But it won’t support any mobile payments systems that rely on NFC.

OnePlus says the decision to skip NFC was easy: because most people don’t currently use NFC for much of anything, and mobile payments haven’t really taken off yet. Fingerprint scanners, meanwhile, are useful right now: even if you don’t think you need the feature, you may find yourself using it to login to your phone or apps more quickly than you could by entering passwords.

At least that’s the theory. 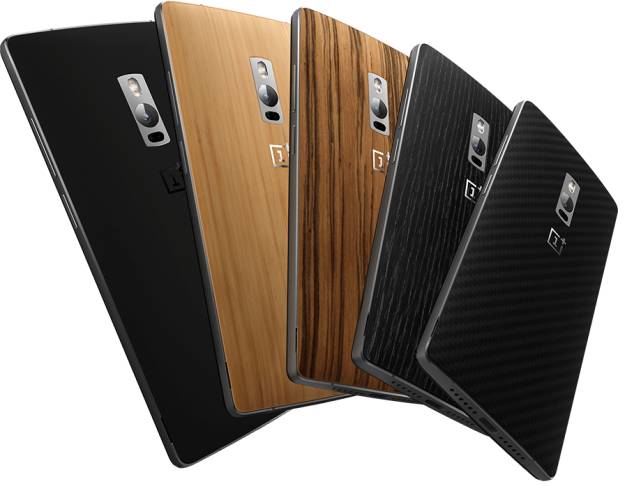 OnePlus also confirmed that the StyleSwap covers that let you swap out one rear cover of the phone for another with a different color or texture have a special feature. There are pins built into the cover that can tell the phone to automatically change the software theme when you swap covers, so a blue cover will lead to a blue theme, for example.

Right now the theme-changing feature only works with the HydrogenOS software that will be available for the OnePlus 2 in China. But if there’s enough interest, OnePlus could bring the feature to the OxygenOS version of its Android-based software, which is available for users outside of China.

There are no plans to offer StyleSwap covers with support for NFC or wireless charging.

While the OnePlus 2 is shipping soon and another phone is on the way, OnePlus says it will continue to sell last year’s model at least through the end of 2015. 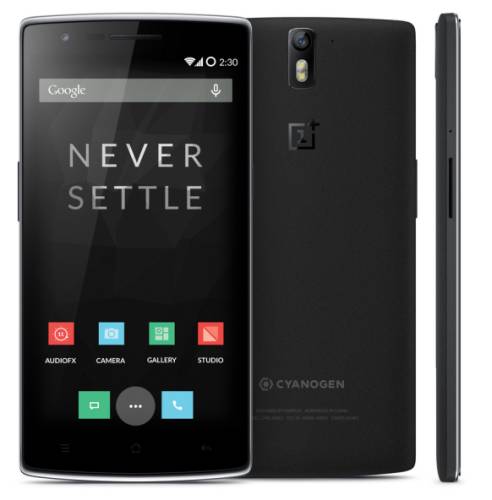 OnePlus is also continuing to develop software for the phone, and plans to release OxygenOS 2.0 for the OnePlus One in the future. Cyanogen OS 12.1 is also coming soon for users that prefer that version of Android.