Anker has been selling a range of Android-powered projectors under the Nebula brand for the past few years, and now the company has launched its most affordable Nebula device to date… but it’s not a projector.

The Anker Nebula 4K Streaming Dongle is a small box that you can plug into the HDMI port of just about any TV (or projector) to stream video and other content using Google’s Android TV software. At $90, it’s a lot cheaper than a projector… but it’s also a lot more expensive than similar hardware like Google’s Chromecast with Google TV ($50) or Walmart’s Onn UHD Streamer ($30). 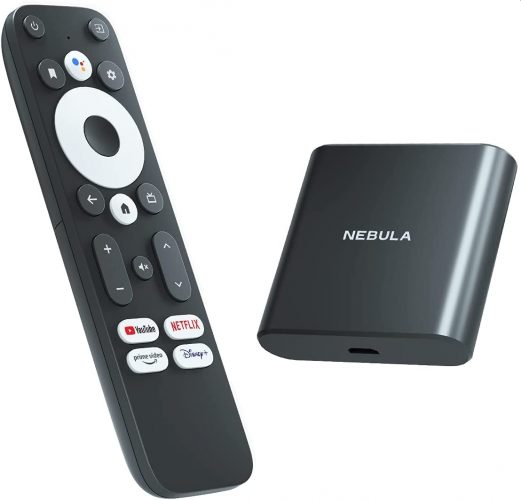 Anker’s first media streaming dongle is powered by a quad-core ARM Cortex-A53 processor and features 2GB of RAM and 8GB of storage. It supports WiFi 5 and Bluetooth 5.0 wireless connectivity.

The dongle has an HDMI 2.1 port and support for 4K HDR video, and it comes with a short HDMI cable that connects the small box to your TV. 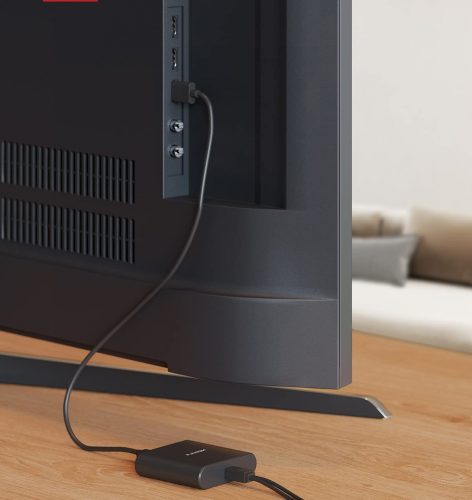 There’s also a Google Assistant key that you can press to use a built-in mic for voice commands.

While it’s nice to see another relatively affordable 4K media streamer on the market, it’s not clear what, if anything explains why it costs almost twice as much as a Chromecast and three times as much as Walmart’s Android TV streamer.