Smartphones have changed the way the world gets online, by letting you put a tiny, touchscreen computer in your pocket or handbag. But sometimes it’s still nice to have a larger screen, a full-sized keyboard, and a mouse or touchpad.

The Superbook is a smartphone accessory that gives you all those things. It looks like a laptop, but all the processing power and software comes from your phone.

Plug your Android smartphone into the Superbook with a USB cable and you can interact with your Android apps in a notebook-like environment. There’s also an app that automatically detects when the laptop dock is connected, and adjusts the Android user interface so that it looks more like Windows or other desktop operating systems.

Andromium unveiled the Superbook in April, and now the team has launched a Kickstarter campaign. You can request a Superbook for a pledge of $99 (or $85 for early birds). 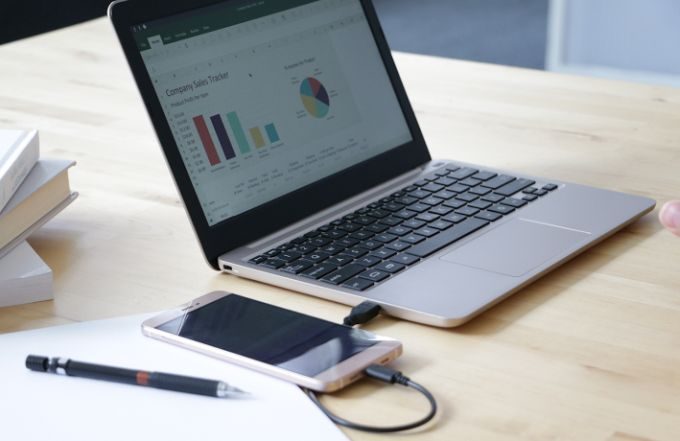 The developers already have working prototypes and are looking to raise money to begin producing Superbook devices: the goal is to begin shipping units to backers of the campaign in January, 2017.

If the Andromium name sounds familiar, that’s because this is the team behind Androimium OS, an app I looked at last year, which makes Android look like a desktop operating system with a taskbar, desktop, and start menu-like launcher when using your phone with an external display, keyboard and mouse.

Andromium OS also includes a file manager, a desktop-style web browser, and support for running apps in multi-window mode. Most Android apps should work without any modifications, but Andromium is also launching an SDK that developers can use to optimize their apps for the platform. 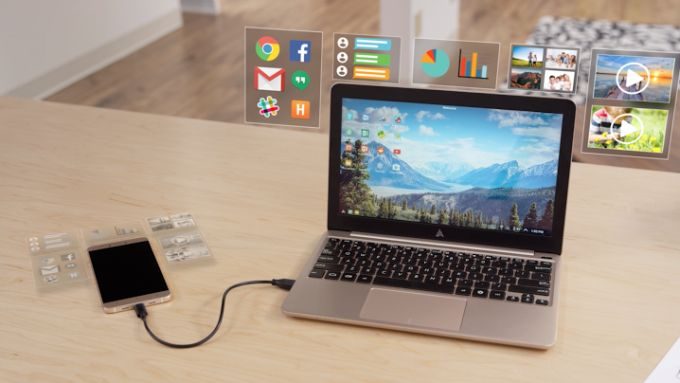 A free Andromium OS beta app is available from the Google Play Store, but the Superbook is the first device built specifically to work with the app, so instead of connecting a separate mouse, keyboard, and display you can plug in a single accessory with a single cable and start using your phone like a laptop.

The relatively low price tag is made possible by the fact that the Superbook doesn’t have a processor, memory, or storage. It’s basically just a keyboard, touchpad, display, and battery. All the heavy lifting is handled by your phone.

The Superbook features an 11.6 inch, 1366 x 768 pixel TN display, a multi-touch trackpad, a QWERTY keyboard with Android navigation keys, a battery that’s good for up to 8 hours of run time (and which can also charge your phone when it’s connected), and support for phones with micro USB OTG ports or USB Type-C connectors. 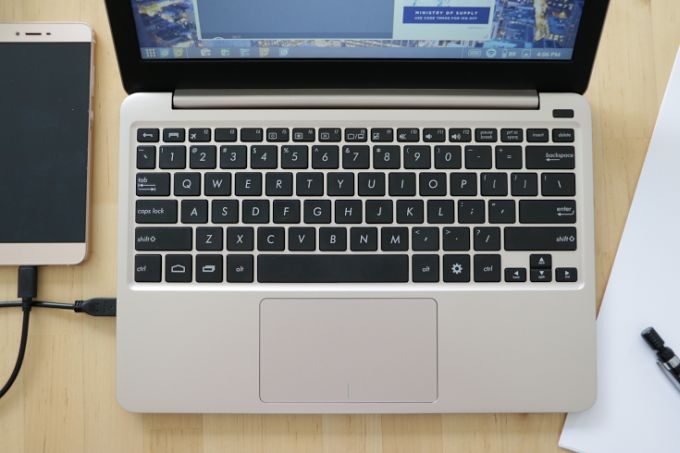 You’ll need a device with Android 5.0 or later, at least 1.5 GB of RAM, a dual-core processor, and at lest 25MB of free storage space to use the Superbook.

While the Superbook is designed to let you use your phone as a laptop, it can also be used with Android tablets… or with Windows tablets. 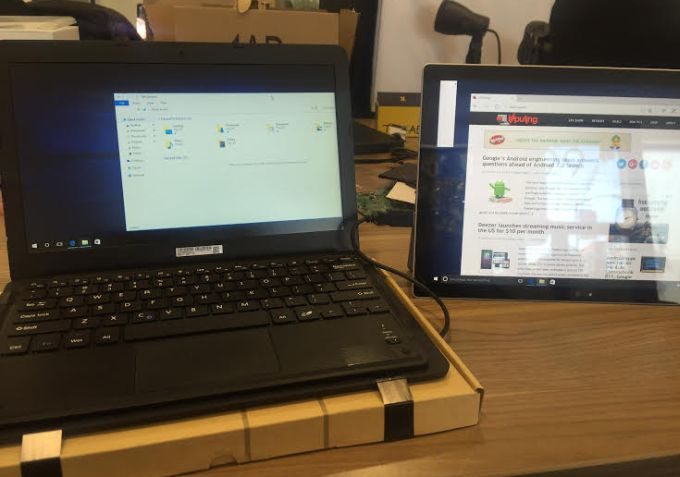 The developers recently figured out how to pair the laptop dock with a Window tablet so it can function as a second screen. The photo above shows dual display functionality with a Windows tablet and a Superbook prototype (the final hardware will look different).

While the team is hoping to raise $50,000 for the project, there are a series of stretch goals: the first few aren’t super-exciting: an extra USB port and an additional color option (black or silver). Update: That didn’t take long. The Superbook passed the $50,000 goal just a few minutes after the campaign launched.

But if Andromium raises $500,000 or more the SuperBook will come with a 10 hour battery instead of 8. And if the campaign hits $1 million, the device will be available with an optional 1920 x 1080 pixel IPS display for folks willing to pay extra. 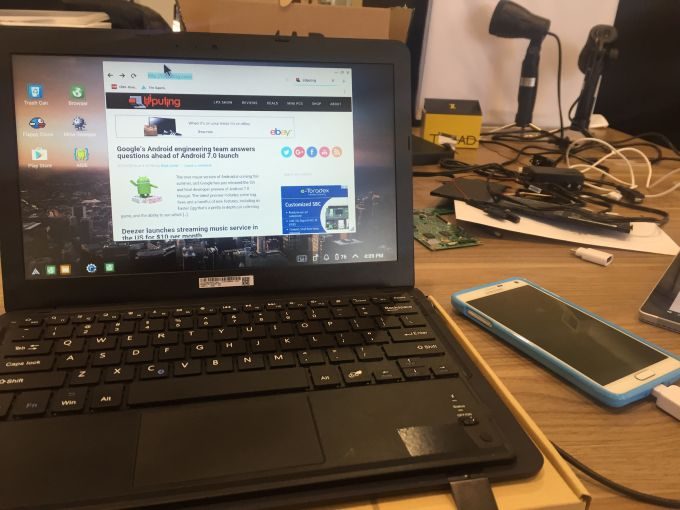