Google Android’s “Nearby Connections” feature lets your phone to interact with other devices specifically when they’re within range of one another. Now Google is updating the Nearby Connections API to version 2.0, and the company says it provides a fast, secure, peer-to-peer protocol that doesn’t require an internet connection.

Among other things, that means your TV or smart speaker could know when you walk in the room and automatically begin playing your preferred music or queuing up videos you want to watch.

Of course, that only works if developers create apps to take advantage of the new API, which is why Google is unveiling the update in a post on its Android Developers blog. 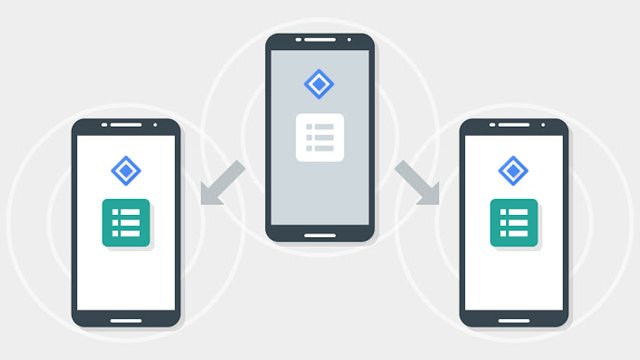 Developers can use the API to create apps that communicate with other devices using a mix of WiFi, Bluetooth LE, and traditional Bluetooth. Google says some developers already working with the protocol include the Weather Channel, which is using “on-demand mesh networks in data-deficient areas” to ensure that users get important weather warnings even if they don’t have a reliable internet connection, and Hotstar, which allows for offline media sharing without an internet connection.

Google is also developing an Android TV remote control app that uses the Nearby Connections 2.0 API to simplify setup and let you use your phone as a second screen (for controlling media playback or interacting with supplementary information).

One reply on “Android’s Nearby Connections goes 2.0, connects your things to… other things”