Google and Intel may not be doing much work to make sure that Android can run on devices with Intel processors anymore… but the Android-x86 project continues to release new builds of Android for computers with Intel and AMD chips.

The latest release? A build of Android 7.0 for developers.

In other words, you can now run Android 7.0 Nougat on a PC. 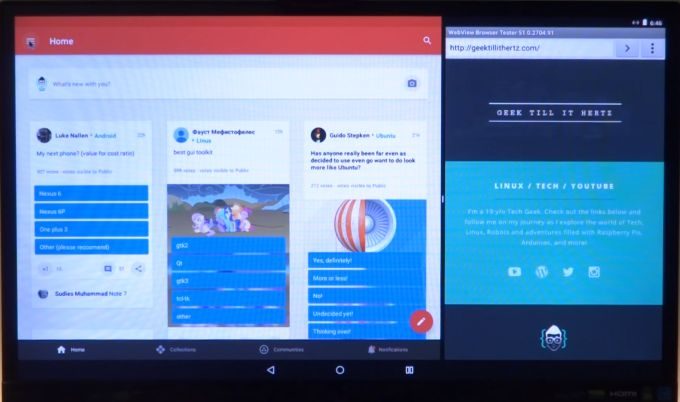 The software is based on Google’s Android Open Source Project (AOSP) code, and it’s still a work in progress. But some of Nougat’s key features, such as split-screen, multi-window mode works, allowing you to interact with two apps on the screen at once.

Keep in mind that at this point Android-x86 7.0 is aimed at developers, so the official page for the software explains how to build the operating system from source, but if you want to download a pre-built disc image, Geek Till it Hertz has you covered.

The site has also posted a short video overview of the operating system in action.