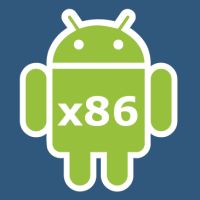 Google Android is an operating system designed to run on smartphones, not netbooks. But much of the source code is available, which means that folks have been able to port the operating system to run on machines with x86-based processors for ages. Earlier this year we published an article on how to compile Android from source to run on an Asus Eee PC 701. But that’s the hard way. Now there’s a much easier way, thanks to the folks at the Android-x86 project who have done all the heavy lifting.

The latest version available for download is based on Google Android 1.6 Donut. It includes a number of tweaks that help the OS to run smoothly on x86-based notebooks, especially netbooks. That means Android-x86  can handle screen resolutions much higher than those typically found on smartphones. It also supports OpenGL graphics on machines with Intel 915 and 945 chipsets, which covers most Intel Atom powered netbooks.

There’s support for WiFi, Ethernet, and Bluetooth connections. And if you’re using an Asus Eee PC, the Fn key combinations should work out of the box. The new version includes improved keyboard support, touchscreen support for some machines including the Asus Eee PC T91 and Eee Top, and auto-mounting of USB drives and flash cards.

3 replies on “Android-x86: Install Google Android on a netbook the easy way”