There’s good news and bad news for folks that have been waiting for new features to hit their Android Wear smartwatches. The good news is that Android Wear Developer Preview 3 is now available and it does have some new goodies, including the ability to browser the Google Play Store for smartwatch apps on your smartwatch (rather than by using your phone).

The bad news? Google has decided to extend the preview program… which means that the company won’t officially release Android Wear 2.0 until early 2017. So if you don’t want to test pre-release software, you’ll have to wait a little longer than expected to get the update. 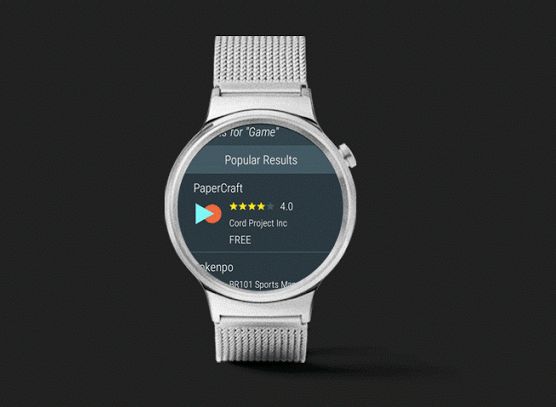 Before Android Wear 2.0 goes final, Google plans to release at least one more developer preview, which would be the fourth.

But as far as Preview 3, there are new tools for developers including an API that lets users take actions from some notifications without opening up the associated app, smart reply enhancements, and tools for developing apps for watches with curved faces.

The addition of an on-device app store doesn’t replace other methods for finding Android Wear apps. Users can still use the Play Store on a phone or on the web to install apps to their watch as well.

Some of the previously announced new features coming to Android Wear 2.0 include support for apps that can connect to the internet over WiFi, Bluetooth, or cellular connections (without sending data through your phone), and support for third-party keyboards and other input apps.