It’s not necessarily the most advanced SMS app around, but it supports a few special features including emoji, stickers, and location sharing.

Soon there may be one more good reason to use Android Messages instead of alternatives like Textra (or whatever came pre-loaded on your phone): the ability to send SMS from your computer using a web interface. 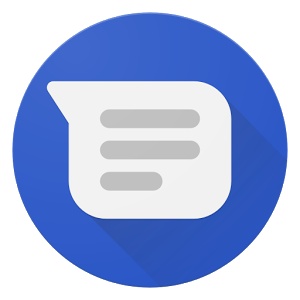 Google hasn’t announced web support yet, but the folks at Android Police did a teardown of the latest Android Messages APK and found evidence that a web interface is in the works.

In order to use the service you’ll need to have Android Messages installed on your phone. Then you can type out a message in a web browser and it’ll be sent via your phone (so the service won’t work if your phone’s battery is dead).

Apple’s iMessage already allows users to send messages via a web browser, as does WhatsApp (which isn’t strictly speaking an SMS app). Google’s Allo chat app also already supports web messaging (but it also isn’t an SMS app). So while Android Messages would hardly be the first chat app to go cross-platform, it sounds like a pretty useful upgrade.

Android Police says other upcoming changes may be support for purchasing items through Android Messages and RCS improvements.