Google’s Android TV software is, unsurprisingly, based on the same software that powers Android phones, tablets, and other devices. Not all the features you can use on phones are available on TVs… but Google has announced it’s bringing one of its mobile to its smart TV platform.

Soon developers will be able to offer “instant apps” for Android TV, allowing users to try them out an app seconds after clicking a button, with no need to actually download and install the apps.

It’s one of a number of changes coming to Android TV outlined in a recent Android Developers blog post. 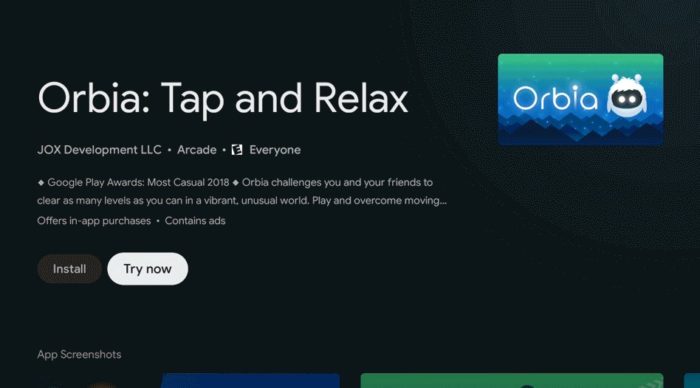 If you like an app enough to keep it around, you can always choose to install it. But the instant feature lets you basically try before you buy.

Other new Android TV features include:

Several of these updates appear to be aimed at making it easier to get things done when using a remote control. While remotes are typically useful for selecting and launching apps and media and controlling playback, it can be tedious entering usernames, passwords, and other text with an on-screen keyboard. So text-to-speech voice input, predictive typing, and PIN codes could be real time savers.