PC makers launched the first Windows tablets and notebooks powered by Intel Bay Trail processors in late 2013. Next up, according to Intel CEO Brian Krzanich, are Android tablets with Bay Trail chips.

He says we should start to see those in the second quarter of 2014 — although at least one device maker has already introduced Android tablets with Bay Trail processors. 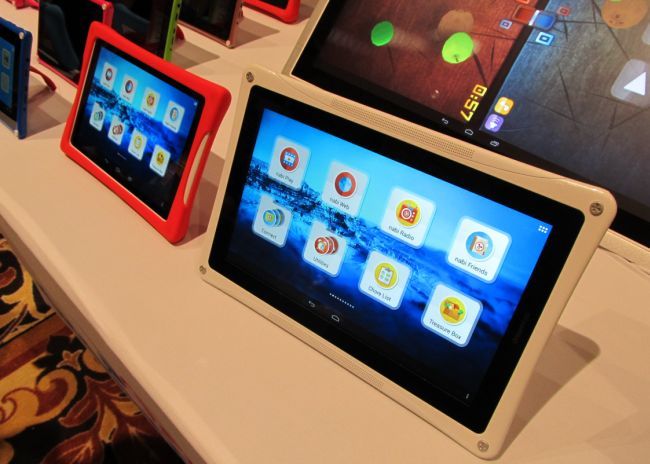 Intel’s Bay Trail chips are low-power processors that have been used in 8 inch Windows tablets with up to 8  hours of battery life and 10 inch models with about 10 hours of run time. They also tend to offer enough performance to run full desktop PC apps — although bleeding edge PC games will likely struggle on a Bay Trail chip.

Still, Intel’s 64-bit chips for mobile devices are among the company’s first that can truly compete with some of the best ARM chips in terms of both performance and power consumption.

While we should start to see more Android tablets with Intel Atom chips based on Bay Trail architecture int he coming months, I did spot one company at CES that’s already using the chips. Kid-friendly tablet maker Fuhu is using Intel Atom Z3740 Bay Trail-M processors in its 8 inch and 12 inch DreamTab tablets.