After the European Union slapped Google with a $5 billion fine in an antitrust case this summer, Google appealed the ruling. But while waiting for the outcome of that appeal, Google has come up with a plan B: the company is changing the way it licenses its apps and services for Android phones and tablets sold in European Union member countries.

Android itself will continue to be a free and open source operating system that anyone can modify. But device makers that want to license the Google Play Store, Gmail, YouTube, and other apps now have more choices… not all of them are free though. 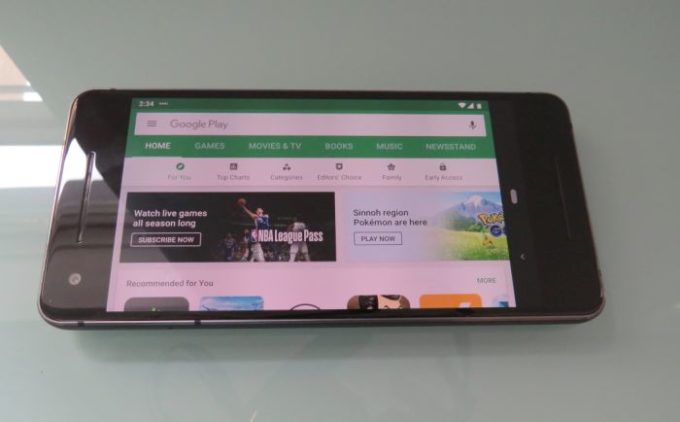 Previously Google made all of its apps available as a bundle deal called Google Mobile Services. Device makers agreed to a certain set of conditions and gained the ability to load the Play Store, YouTube, Gmail, and the Chrome web browser and Google Search app on their devices.

Google could afford to give everything away for free because it makes money from advertising through the Google Search and Google Chrome apps.

Responding to the EU ruling, Google is making a couple of significant changes to its licensing terms in the EU starting October 29th, 2018:

It’s a little unclear to me at this point if all phone and tablet makers in the EU will have to pay for Google apps. It certainly sounds like anyone who wants to use Google’s software for free will be able to continue doing so by accepting the current deal: you get the Play Store for free if you also bundle Google Search and Chrome on your phones.

If that’s the case, I suspect most device makers will continue to take that route since it probably provides the experience most consumers have come to expect and it’s the cheapest option.

I doubt that’s what the EU court had in mind when it ruled that Google’s licensing terms were anti-competitive. But Google’s move to allow companies to load its apps on devices with Android forks could enable more competition in the operating system space.

8 replies on “Android phone makers may have to start paying for the Play Store, other Google apps (in Europe)”